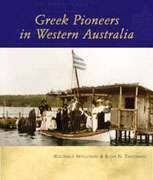 Greek Pioneers is based on fine-grained historical study about the emigration (departure from one's homeland to a new country), immigration (entry into a foreign land with intent to settle), and chain migration of Greek pioneers — mainly from Castellorizo, a small Greece-owned island located four kilometres off the Turkish coast but also from Ithaca and Kythera. It is written in language that makes it accessible to both a lay and academic reader. The inspiration for the book came in the mid-1980s from the Hellenic Australian Chamber of Commerce and Industry who wished to take stock of the local Greek communities and their contribution to WA society. The text, which draws largely on archival and other documents, oral history interviews, letters, Australian Bureau of Statistics (ABS) census data, photographs, and secondary sources, conveys the enormity and complexity of the hardships endured by the Greek pioneers who started coming to WA toward the end of the nineteenth century. These Greeks are responsible for establishing the Greek community church and clubrooms in Park Road, Northbridge.

The authors note that although not without conflict early WA Greek community life, which revolved around the Orthodox Church, the Greek language school and the Greek language, provided Greeks with a sense of solidarity. However, although the researchers state that their aim is to provide the reader with a group profile of the community rather than 'reconstruct the history of exceptional individuals', I believe the book's greatest strength is to recognise that the founding of the Greek community emerged almost entirely from the collaborative efforts of committed individuals and religious leaders with the capacity for leadership, tenacity, and hard work. The story of the Greek community in Western Australia is told through the lives of ordinary and prominent Greek individuals and families. This is appropriate given that it is individuals who pursue emigration, recognise, discover and exploit opportunities, copy the behavioural choices of others around them, or adopt alternatives to bring about the goals or ends they desire.

First generation pioneer Greeks, who began arriving in WA around 1890, initiated migration chains from their village and region of origin. Typically sojourners — married or single, poorly educated men from either the Greek islands of Castellorizo, Kythera or Ithaca, most had came to WA with the explicit intention of staying only as long as it would take to accumulate enough money to live out a life of comfort in the homeland village. The Australian society they entered was 98 per cent Anglo-Celtic in origin and highly xenophobic. To preserve 'racial purity' and protect itself against economic competition, it had developed the White Australia Policy, an immigration restriction policy to stop primarily Chinese migrating to its shores following racial tensions on the goldfields in Victoria and New South Wales during the 1850s. The authors note that the settlers, fearing an 'olive' as much as the 'yellow peril' had in addition imposed a landing fee and immigration quota on Southern Europeans, who they also viewed as racially undesirable and often referred to as 'blacks'. The often-unconcealed antagonism and lack of respect that came to characterise the Anglo Saxons' treatment of Greek pioneers intensified when they found it difficult to abandon their old world values and assimilation to the ways of the English-speaking society.

Having found employment in timber mills, on farms, on construction sites, or wood chopping on the Woodline these Greek pioneers soon discovered that any attempt on their part to move out of the 'labourer' niche and into more lucrative jobs such as gold mining attracted opposition from the locals. The tensions produced racial riots on the Goldfields and during the first world war the looting of Greek stores in the city. The newcomers' lack of English language ability further restricted their work place options, eventually pushing many of them into exploitation or self-employment.

The authors observe that these Greeks are associated with the emergence of a café culture, which, until the second world war, employed almost three quarters of them around Australia –– all that was needed to start a fish and chip shop was some sort of premises, a basin of fat, a container to heat it, a sharp knife to fillet fish and peel and cut potato chips, and the will power to work long hard hours at tedious work.

The high levels of social cohesiveness found among these Greeks, strengthened by chain migration, ensured that, despite its scattered nature, WA's early Greek café culture provided employment for kin, and many opportunities for small business activities. The experiences of the Greek pioneers and the many high-flying entrepreneurs and prominent and famous academics they spawned suggest that the innovative acts of individual successful pioneers initiated patterned successful adaptive behaviour. These Greeks and their descendants, who have one of the highest self-employed profiles of all ethnic groups, made very significant contributions to all facets of WA society and culture.

To read more about the Greek presence in Western Australia, see:

The Greek presence in Western Australia. An Outline History.
By, John N Yiannakis