Katsehamos and the Great Idea 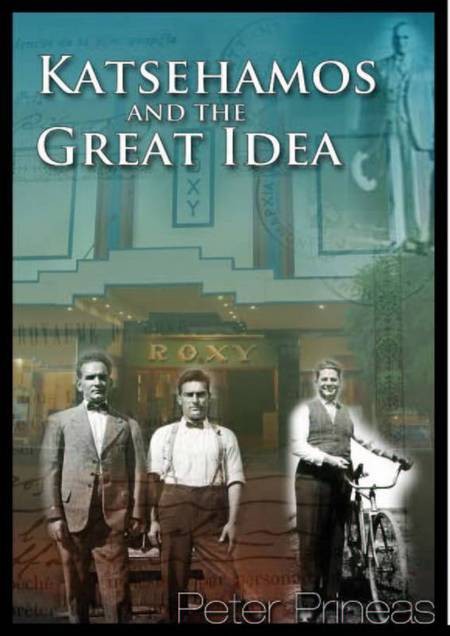 Also available from the Kytherian Association of Australia:

When Peter Prineas learned in 2004 that his grandfather, Peter Feros, nicknamed ‘Katsehamos’, had built a picture theatre in the small town of Bingara in the 1930s, he wanted to know more about it. The result is ‘Katsehamos and the Great Idea - a true story of Greeks and Australians in the early twentieth century’, a book that digs deep into the shared history of Greeks and Australians, and the sometimes turbulent relations that existed between them in the period during and after the First World War. Along the way the story offers a different perspective on Gallipoli and other aspects of Australian history.

Prineas follows Peter Feros’s journey to America as a sixteen year-old boy in 1907, his return to Greece with much patriotic fanfare in 1912 in the company of thousands of other American Greeks to fight in the Balkan Wars, and his journey to Australia in 1921. The book recounts how Peter Feros, with his brothers Phillip and Manolis, between them fought four wars for the ‘Great Idea,’ Greece’s bid to reclaim Constantinople and her former Byzantine glory. The dream was shattered on the plains of Anatolia in 1922.

In Australia, Peter Feros prospered and in the 1930s he became caught up in another ‘Great Idea’. This time it was in the small town of Bingara in north-western NSW where the commercial ambitions of one of his business partners, George Psaltis ‘Katsavias’, entangled him in the building of the ‘Roxy’, an art deco picture theatre impressive enough to grace a city. The book’s account of Bingara’s ‘cinema wars’ is a fascinating addition to Australian picture theatre history. Although success in the cinema business eluded him, Peter Feros endured and went on to build a new life. In the end, ‘Katsehamos’ is about the journey of a man and his family towards accepting, and being accepted by, Australia.

Peter Prineas has worked as a lawyer, environmental consultant and writer. He has written or contributed to books on Australian landscape and environment but ‘Katsehamos’ is his first book of historical writing. He lives in Sydney.

‘Katsehamos and the Great Idea’ was launched at the Roxy Theatre in Bingara by Associate-Professor Janis Wilton of the University of New England, at 6.30 pm on Saturday April 1. The book launch was followed by the unveiling of a plaque and photographs commemorating the three Greeks from Kythera, – Peter Feros, George Psaltis and Emanuel Aroney – who opened the Roxy in 1936. The Roxy Theatre has been restored and reopened by Gwydir Shire Council and is now a regional centre for cinema and the performing arts. A large crowd of Kytherian Greek descendants is expected in Bingara on Saturday for the book launch and dedication which form part of the Roxy Theatre’s 70th anniversary celebrations.

General release of the ‘Katsehamos’ book will commence with the Sydney launch by Bob Carr at 7.00 pm on Wednesday April 12, at 'Alexander's on the Park', ground floor American Express building, 175 Liverpool Street (opposite Hyde Park). 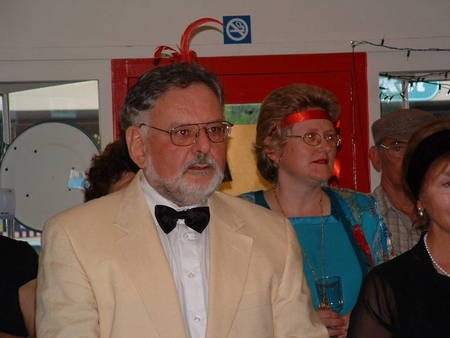 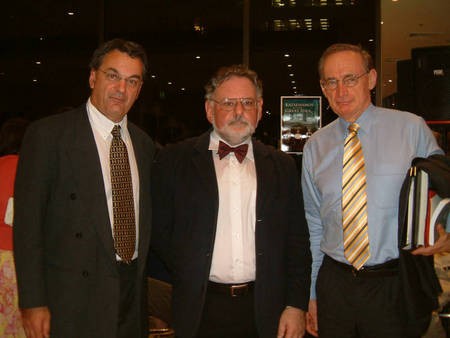 From the back cover: 'Katsehamos is a broad sweep of history, sensitively and clearly presented. Interwoven and skilfully related to the times are the lives and aspirations of immigrants from the Greek island of Kythera. A persistent thread is the pursuit of the 'Great Idea', be it national grandeur or business empire. It is a well-crafted narrative told with deep insight and underlying passion. I enjoyed reading this book.' - Manuel James Aroney, AM, OBE, University of Sydney.

Review Peter Prineas, as an Australian of Kytherian Greek ancestry, has written Katsehamos and the Great Idea to tell the story of his ancestors’ migrations in the early 1900s' from Kythera in Greece to the United States, and subsequently to Australia. He integrates his family members into the bigger picture of Kytherian migrations, their involvement in the many wars during the early to mid-1900s which involved both Greeks at home and abroad, and the Greek focus on the great idea. His story goes on to focus on his family members’ own great idea for Bingara in New South Wales, which was an ambitious project to build the Roxy Theatre in the town centre – and their subsequent involvement in a local cinema war. The Roxy Theatre, built from 1929 to 1933, is listed by the NSW Heritage Council as a ‘fine example of an Art Deco cinema with Spanish Mission and Art Nouveau elements’ and especially rare for ‘retaining its original theatre interiors and spaces on two levels’. The NSW Ministry for the Arts contributed $205,000 to the theatre’s recent refurbishment and it now operates as the regional area’s only theatre for ‘cinema, performing arts, community and cultural use’. Mr Prineas’ book is the result of a combination of excellent writing style, comprehensive research, and the integration of family and the wider Greek and Australian community to tell a story of particular cultural significance about the contributions of early Greeks in Australia, and in particular those from Kythera. His writing style is a wonderful combination of lyrical prose, a very effective use of imagery, and the creation of characters and events which come alive on the page. His extensive research of historical events and Greek migrations, well documented, underpin his ability to develop a well-written, interesting, and relevant book. It was evident that Mr Prineas is a writer of a high standard. Katsehamos and the Great Idea is a book of noteworthy relevance to the Kytherian Greek community in Australia. It celebrates its early focus on the Greek great idea and particularly the re-birth of the Roxy Theatre in Bingara, New South Wales, a building of recognised heritage value contributed to the Australian community through the innovation and tenacity of early Greek migrants. I am sure that this book would be of interest to a wide circle of readers in Australia, and abroad – the Greek community both here and in Greece, other migrant communities, and the entire contemporary integrated Australian community interested in reading about the early development of this country.