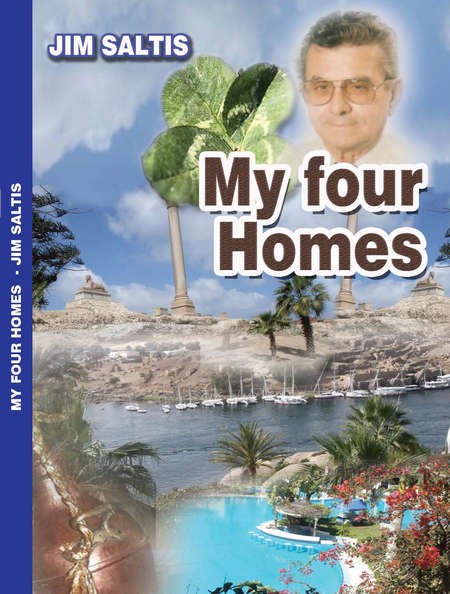 Jims speech at the Book Launch

Background, and an appraisal, by George C Poulos

Being a “baby boomer”, and eldest child of Kytherian-Greek immigrants to Australia, from the 1950’s, I grew up as a Greek-Australian “café kid”. I share “café kid” experiences with thousands of others from my generation; standing up on a banana box to receive money for fruit, vegetables, chocolates, milk shakes, lollies, from customers, making orange “squash” (juice) from fresh oranges, arranging apples in “artistic” stacks, washing potatoes in large tubs, working late to help serve the audiences that exited the next door cinema, who feeling a bit “peckish”, wanted to make a late night “snack” purchase. Weekends spent working in the shop, whilst the Australian children played sport. Trying desperately to disown my “wog” heritage, so that I could more readily “fit into” Anglo-Australian culture. You could fill a book with “café kid” experiences.
.
But what knowledge could I have about the experiences of previous generations of Greeks and Kytherians, who lived a very different life, in various, very different countries? How did the Kytherians and Greeks who had emigrated to Smyrna and other parts of Turkey live, in the period from the 19th century, to 1922? How did the Kytherians and Greeks who had immigrated to various parts of Egypt, including “Hellenic” enclaves in cities such as Alexandria live, in the period to 1956?

Jim Saltis has “filled a book”, book, My Four Homes, with Alexandrian experiences. This constitutes a very significant achievement. Jim manages to convey, in a deeply evocative way, how a Kytherian-Greek-Egyptian lived in Alexandria, in the 1930’s, and 40’s. What was it like growing up in an Arabic milieu? What was the look, and “feel” and smell of Alexandria? How well did the various “foreign” children intermingle. What was it like going to school there? What was it like travelling around the city, and going to the shops, and the cinemas? What was the relationship between the various families? What were some of the life stories of persons from these families? What kinds of houses did Greeks live in? What was the standard of living? What if, like Jim’s father, the Greeks were employed in occupations that were seasonal, or dependent on the patronage of English garrisons? What if, at times, there was not enough food on the table?

What were frequent visits back to Kythera like for Jim and his young siblings? What did Kythera seem like through the eyes of a young Kytherian-Greek-Egyptian? How did the contrast between the two cultures, the Greek and the Egyptian, influence Jim’s reaction to Kythera? Why did his grandfather seem to act in such strange ways towards him?

I could go on asking these question, but if I do, I will spoil your enjoyment of Jim’s story. The important thing is that Jim has managed to commit his story to the written word, and hence managed to achieve a number of important things. He has managed to preserve his experiences for posterity, and for the enjoyment of future generations. He has managed to communicate his experience. Now a “café kid” can understand; can “know”, what a “Alex” kid “went through”, and the 3GG kids, (third generation Greeks), the next generation, will have access to this knowledge as well. Greeks, particularly Greeks of the diaspora, must continue to chronicle their experiences and their stories. When “Greek” stories are retained, explained, and maintained, the Hellenic spirit is regained.

That is why when the opportunity arose to print and publish an English version of Jim’s story, my fellow Trustee of the Kytherian World Heritage Fund, Angelo Notaras, and I, rushed in to help foster, finance, and promote the book.

Congratulations Jim, on a story well told. I hope that your efforts encourage other members of your generation, whatever their life circumstances, to chronicle their experiences and their stories. It is so important.

I wish to thank Mr Jim Saltis for giving me the opportunity to design the book. My first encounter with Mr Saltis' work was reading the Greek version. I was delighted to read about a unique and sentimental journey. Something we all go through in our lives. Unfortunately, not many of us have the 'talent' to describe our deepest thoughts and emotions. At first I was a bit puzzled by the title. Τα Τεσερα Σπιτια. I just had to find out what it was about! My curiosity lead me to read the book in the course of just one night. It was dawn when I reached the final page.... "I think with my heart and cry with my brain. And bitter tears roll down my wrinkled face, drop, and water the bitter laurel and mint. I don't hear inside me the rummaging sounds that the body makes, when it weaves the spring.... ...No, I have no objection; I don't want to change anything. Insallah, as the Egyptians say. God willing, as the Greeks say". Thank you Mr Saltis for the wonderful journey you took me on, through your book. Thank you for sharing with us, your life, your thoughts, your emotion.