Culture > Blogs > 52 Weeks In Tsirigo - And The Sacred Circle Continues

52 Weeks In Tsirigo - And The Sacred Circle Continues

52 Weeks In Tsirigo – And So the Circle Continues.

Every time a village elder dies a precious volume of the Book of Life closes shut forever. The world they witnessed, their intricate knowledge, their joys and sorrows, the songs they sung and their laments, their handicrafts and the language they spoke daily fades away - all their knowing sealed-up like a zip-bag to accompany them in their passing. Yesterday, Monday 13 October my grandmother Dimitra (Frantzeskakis) Zantiotis passed over at the ripened age of 98, closing the precious circle which we her family are embroidered into.

My blessing has been to have had my Kytherianness effortlessly thrust on me through my maternal grandparents. My yiayia (grandmother) Dimitra and papou (grandfather) Georgio never left Kythera (apart from a brief visit to Australia in 1974) and maintained a full rural life on the island well into their early eighties. So when we first visited Kythera in 1970 at the age of 5, my brother and I had the full Kytherian experience - donkeys, goats, chickens, rabbits, an abundant garden, water-wells and the olive-fields.

Born in 1910 into a world torn between subsistence faming and rapid urbanisation on the thresh-hold f World War I, my yiayia Dimitra Zantiotis story is not unlike others of her generation. Born in Karavas to Georgios & Zoe Frantzeskakis, the sixth of eight children, of which the eldest two sonshad been sent to Australia at the age of ten. She was lucky enough to have to have been schooled as far as third grade, allowing her to read and write throughout her life. As a teenager she tended an bed-ridden elderly woman, worked as hired labour in fields and in a show of enterprise had a donkey which she transported materials and goods (today's equivalent would be to own a moving truck).

The tale of how she married my grandfather Giorgos at age of 28 is an epic comedy of errors. My papou, was a merchant sailor who was sailing with other Karavites (locals from Karavas) when their ship briefly anchored off Agia Pelagia so that the crew could quickly visit their families. My papou was carrying two (undeclared) blankets for his Panayia Despina neighbour. After the sailors had disembarked and rowed to the wharf and climbed up to land, someone noticed the packaged blankets and alerted the Customs Officer. While my papou was eating lunch with his brother's family, the Customs Officer took my papou away for questioning. An ethical man not familiar with being in custody, his fellow Karavites sailors had rehearsed him in what to say in the very unlikely case of there being any trouble with the blankets. 'Just say its for your fiancé...... I have a sister in-law Dimitra say its for her.' And so my grandfather did, re-boarding the ship the same night. Word got out quickly on the local grapevine that Dimitra was involved with Giorgos, although she had never met him, and she was logothesmeni (betrothed). My papou continued to sail for two years, finally returning to right the wrong.

My grandmother learnt to love my grandfather and they had six children, five of which survived, my mother Matina, Harry, Thanasis, Panayiotis and Zoe. But times were excruciatingly tough with a young family to feed amongst the hardships of WWII and civil-war Greece, and like many other Kytherian families, it was inevitable that all the children would leave for a better life. My mother being the eldest was the first to leave for Australia in 1955, with the three boys following over the next decade. The hardship of separation with her own children was overwhelming and altered the course of her emotional world.. My aunt Zoe returned with her young family and tended my yiayia and papou and while my mother and her siblings all built houses five minutes away from her, she always she lamented whoever was missing from the dining table, as if by habit.

A fantastic homemaker who would welcome all into her house with offering of homemade delicacies, she wrote poems and lyrical verses in the back of her cookbook and recorded in writing affirmations before they were a billion-dollar business. I rejoice in my fortune to have been chapter of such a rich and complex volume and although the book is closed its as if torn pages remain futtering in me. I can hear her voice and chuckle and her simple radiant goodness accompanies me.

While one volume closes another springs open and in mid September I christened a young boy Manolis (Prappas) Zantiotis at Ayios Yiannis Gerakari. Long-time friends with his parents Yiannis (Svendounas) Zantiotis (Prappas),  and Maria Rentou, Manoli has come into my life as a gift. A smiley bundle of happiness, he has a Buddha like demeanour except when it comes to feeding time. Manoli radiates joy. Surrounded by most of my family, including my cousin Sandra who had made the trip from Athens, on the first rainy day since summer ended, we undertook the 'sacred mystery'. Although I am not a regular participant in the Greek Orthodox faith, the service made me feel that I have undertaken a sacred bond with Manoli and that all those present are now bound together, we are family.

This moment in my life reminds me of when I heard world acclaimed author of A Colour Purple, Alice Walker speak and she talked of the responsibility she felt she had to her ancestors to tell their story and and celebrate their circle of life. Maybe even when the circles closes the resonance of the circle continues........ perhaps that is why 'family' is circular and not linear 'cos circles unlike lines are perfect. 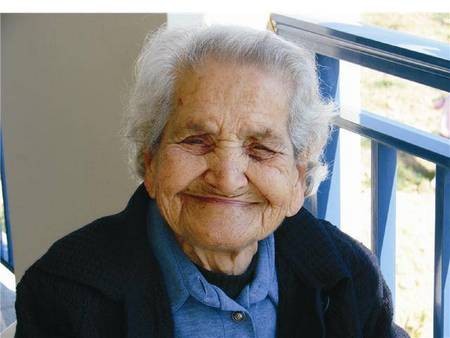