Culture > Current Affairs > Build it and they will gasp: engineer honoured

Build it and they will gasp: engineer honoured 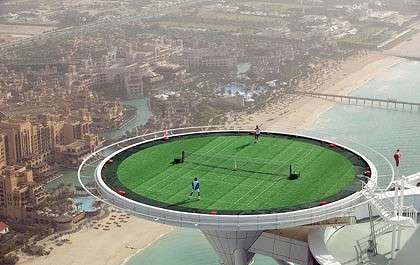 The world was agog when images first surfaced of tennis greats Andre Agassi and Roger Federer playing on the world's highest tennis court - the helipad of Burj Al Arab, a ''seven star'' hotel in Dubai.

Photos of the 2005 game from the then-tallest building in the world were relayed internationally and many wondered whether they had been doctored.

In Australia, civil engineer Harry Poulos didn't have to wonder. His work on the Burj Al Arab and other super buildings has allowed man to push the boundaries of human experience and technology.

His ground-breaking research and practice in foundation engineering, especially pile foundation analysis and design, are part of the reason super structures such as Burj Al Arab stand tall and straight. 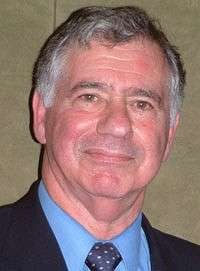 No fault ... helipad-cum-tennis court atop Burj Al Arab in Dubai.

Harry went to school in Katoomba and went on to be dux of the high school in 1956. He entered the University of Sydney in 1957 to do a civil engineering degree and graduated in 1961 with first-class honours. He began research for a PhD at the university in 1961 and was awarded the degree in 1965.

Now Poulos is the person the world's big project managers call to provide the final advice or to make a project happen.

He says one of his most memorable jobs was the world's tallest building, the Burj Khalifa in Dubai. His team was the peer reviewer for the design of the foundations supporting this 828-metre building. Several site visits and independent checking and approval followed before the 196 foundation piles (1.5 metres in diameter and 45 metres long) that support the huge structure were finally in place.
Despite its huge size and weight, the building has settled into the ground only about 4.5 centimetres, about half the width of a normal coffee cup and well within the estimate made by the design teams.

The emeritus professor from the University of Sydney and senior principal and technical master with consultants Coffey Geotechnics says only one inhibitor will stop ever-increasing building heights - the human condition.

''People may well increasingly resist the psychological and physical challenges that accompany living so far above the Earth's surface and having to cope with such fragile systems of access and escape,'' he says.

Poulos is now part of an expert panel looking at the impact of urban tunnelling on buildings for Singapore's Housing Development Board. He is also reviewing tunnelling impacts on buildings in Hong Kong for the Hong Kong Mass Transit Rail and is leading a geotechnical engineering and foundation design team for a 151-floor tower in South Korea.