submitted by Kytherian Cultural Exchange on 13.04.2010

I would like to invite everyone to Glebe Books this Wednesday, 14th April, 2010. It should be a good night as Helen's husband Mark Corcoran will be MC ing the event and his report on the Greek Debt Crisis will be screened tomorrow on Foreign Correspondent so we might even have some heated about that as its been linked in the papers on the German occupation of Greece in WWII and the devastation that wrought upon the country.

Love to see you all there - George C Poulos 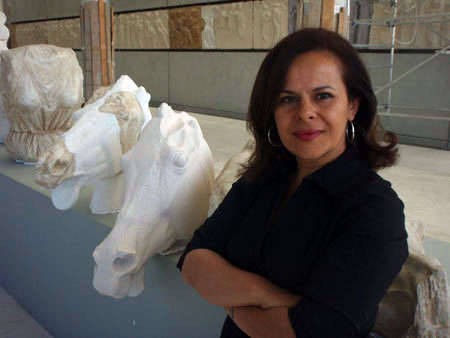 Helen Vatsikopoulos in conversation with Maria Hill about her book
Diggers and Greeks: The Australian Campaigns in Greece and Crete

Dr Maria Hill is a military historian and is a Visiting Fellow [email protected] She was born in Athens and came to Sydney at the age of three. Her father Theodore Costadopoulos, an industrial chemist from Pyrgos in the Peloponesse had arrived in Australia a few years earlier. Her mother Emilia born in Athens opened up her own dressmaking salon in Newtown. After completing high school Maria spent a gap year in Athens working at the Australian Embassy.

Returning to Australia Maria graduated with honours in history from UNSW. She is the author with Ian Bickerton of Contested Spaces: the Historiography of the Arab-Israeli Conflict published by McGraw-Hill in 2003.

Her current book that examines the relationship that was forged between Australian soldiers and their Greek allies during the Greek and Crete campaigns is the culmination of eight years of research and writing.

Helen Vatsikopoulos, Australian journalist and news presenter for SBS and ABC was born in Florina in northern Greece where her father, Petros, was a peasant farmer. Her mother, Victoria, who wanted better things for her only child, organised the family migration to Adelaide in 1965, when Helen was four.

Helen Vatsikopoulos has hosted Dateline current affairs program on SBS and Asia Pacific Focus on the ABC. Currently she is studying and lecturing at the University of Technology in Sydney. Her insight on Greece is reflected in her recent stories for Foreign Correspondent: Acropolis Now, where she tackled the contentious issue of the return of the Greek sculptures to the Acropolis, screened 5/11/2008 and Greek Tragedy dealing with the Greek Riots triggered by the shooting of a young Greek boy in Athens, shown on 26/6/2009.

Request a place by logging onto

OUT NOW: Diggers and Greeks: The Australian Campaigns in Greece and Crete