REFLECTIONS ON A RESEARCHER'S EXPERIENCES...

SOJOURNING INTO THE FIELD:
REFLECTIONS ON A
RESEARCHER'S EXPERIENCES IN
MAKING LOCAL GLOBAL
CONNECTIONS AMONG WOMEN IN
KYTHERIAN GREEK
COMMUNITIES

BY
VASILIKIE DEMOS
UNIVERSITY OF MINNESOTA AT MORRIS 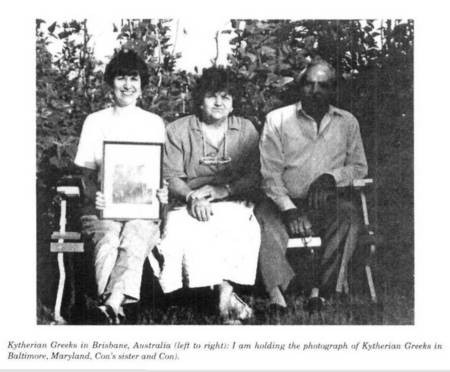 NOTE
For their kindness and patience in listening to many drafts of this paper, I am grateful to my husband
and friend, Fred W. Peterson, and my colleague and friend, Jeanne Purdy. For their careful review of an earlier draft of this paper and their thoughtful suggestions for revision, I thank two wonderful sociologists: Marcia Texler Segal, friend, mentor and co-editor and Joseph W. Scott, former teacher, mentor and friend. I appreciate John Useem's suggestions on earlier NCSA presentations of my research on Kytherian women as well as his interest in and support of my work. I am grateful to the University of Minnesota for granting me a leave to take an exchange teaching position in Australia and for awarding me a Bush Sabbatical Prc^ram grant, and to the University of New South Wales in Sydney, Australia for providing me the opportunity to teach on the St, George campus. Last but not least, I owe a debt of gratitude to the many people of Kytherian Greek heritage who generously took time to help me understand how ethnicity is constructed. 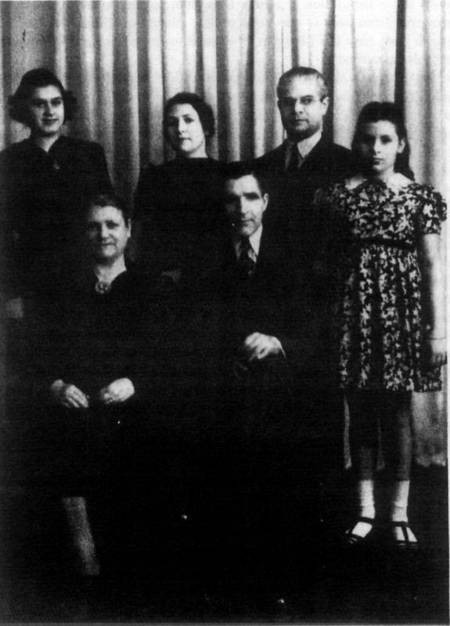