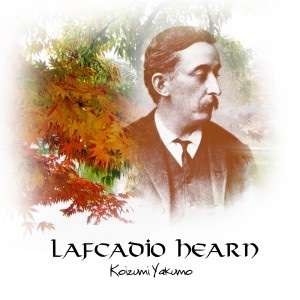 On 6 March 2014, the Japan World Exposition 1970 Commemorative Fund (JEC Fund) pledged to provide financial assistance up to 6,000,000 Yen to Waterford County Council (WCC) for the “Koizumi Yakumo Memorial Garden” project. The grant is the largest of 48 international grants awarded by the JEC Fund this year.

The aim of the project is to transform the 9,400 square metre western style garden of Tramore House into a Japanese garden to honour Koizumi Yakumo, known also by his Irish name Patrick Lafcadio Hearn (1850-1904), who spent his boyhood summers in Tramore before becoming a writer and living in Japan until he died.

It is expected that the completion of this project will enhance Japan-Ireland cultural relations by encouraging not only people in the Tramore area but throughout Ireland to have a better understanding of Japanese literature and culture through a renewed interest in Koizumi Yakumo.

Mr. Chihiro Atsumi, Ambassador of Japan to Ireland, expressed his delight at the news and said the creation of the garden will be a valuable addition to the cultural links between Japan and Ireland, adding, ‘Last year, the Japanese Prime Minister Mr. Shinzo Abe visited Ireland in June, and in December the Taoiseach Mr Enda Kenny TD visited Japan. 2013 was a special year that provided an opportunity for the start of a new phase in Japan-Ireland relations. At their meeting in Tokyo in December, the two leaders issued a joint declaration entitled a “Partnership for Innovation and Growth”. The fund is part of the follow-up to the declaration. I expect cultural projects like this garden to play an important part in further strengthening the friendly ties between Japan and Ireland.’

Mr. John Neary, Ambassador of Ireland to Japan, also expressed his happiness at the news, saying, ‘I welcome the grant award from the JEC Fund. This will make the garden a truly cooperative project between Ireland and Japan, and ensure that it acts as a bridge between the two countries.’

The garden will have a number of separate areas which will tell in sequence the story of Koizumi Yakumo from his boyhood in Tramore to his life and death in Japan. It will also reflect, through planting and artefacts, stories from Japanese folklore translated by him. It will include several Japanese structures such as bridges, porticos and azumayas (gazebos), which will be of interest to Japanese, American and other international visitors. It will be a significant addition to the gardens of Waterford and southeast Ireland. It will function as an educational garden of Teagasc, Kildalton College, and the Waterford Institute of Technology.

This grant comes under the JEC Fund which manages part of the earnings of the Japan World Exposition 1970 as a fund. The earnings from the fund are used to provide financial assistance for different activities, including cultural, scholarly, and intellectual efforts in Japan and abroad. From 1971 to the present, it has provided 18,639 million Yen to 4,224 projects.

The fund supports a variety of different activities for international exchange and friendship, including human interaction, artistic performances, and art exhibits in Japan and overseas. It also contributes to building Japanese gardens and culture centres overseas. The “Koizumi Yakumo Memorial Garden” is the sixth project in Ireland to receive JEC Fund assistance since 1978.

The Mayor of County Waterford, Councillor Damien Geoghegan expressed his gratitude to the JEC Fund for supporting this project. ‘I am delighted that the JEC Fund has pledged financial assistance to the project in Tramore’, stated Mayor Geoghegan. ‘It will help to strengthen cultural and economic ties between Japan and Ireland, and I am glad that Tramore and County Waterford can play a role building these international linkages’, Mayor Geoghegan added.

The Waterford City and County Manager, Michael Walsh also expressed his appreciation to the JEC Fund. ‘Economic development is a key priority for Waterford City and County Council. This project will link with a range of tourism initiatives to improve the attractiveness of the South East Region to visitors. Importantly, the funding from the JEC Fund will help to strengthen the bridge between Japan and Ireland. By building on the legacy of Koizumi Yakumo, we hope to forge greater economic and cultural bonds between Ireland and Japan’, stated Mr Walsh. ‘We appreciate the input of the local community in Tramore, and look forward to working with them to develop the garden’, added Mr Walsh.

Agnes Aylward of the Tramore Development Trust said the award was a decisive recognition by the Government and people of Japan of Tramore’s effort to acknowledge one of their country’s most famous adopted sons. She expressed thanks to staff and public representatives of the combined local authorities, and to the voluntary members of the Garden Development Committee and Design Team for their unstinting support.