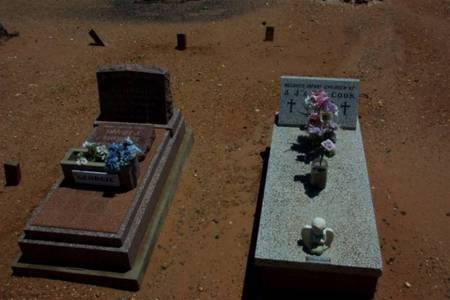 The gravesite to the right of the Thomas gravesite, in this photograph, is the gravesite of the Beloved infant children of A.J. and .....Cook.; again indicating a multiple tragedy.

Ollie's gravesite marker, in this section of the Old Dubbo Cemetery where many of the gravesite markers are still extant (see 5 such markers in the background) - is the one immediately behind the Thomas headstone.