Ollie Constandinou (Tzortzo)Poulos. Her gravesite in relationship to the childs cot gravesite. 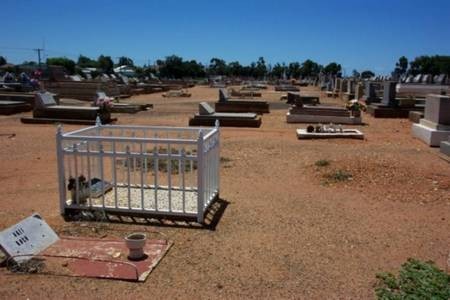 "From the child's crib gravesite - head due north, and count along 12 rows of graves (even if they do not have headstones, or are non-existent).

There you will find clay marker stone 3142".

This is the marker stone for Ollie's grave-site.