Ollie Konstandinou (Tzortzo)Poulos. Her gravesite in relationship to "Georgie" Thomas's. 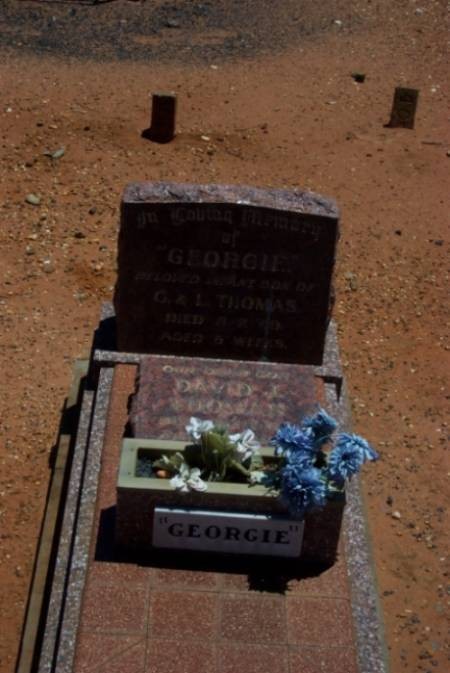 The photograph above, is what you will see - when you do that.