Antikythera - a key to Greece's prosperity

Down under on a lecture tour, archeologist Aris Tsaravopoulos shares his groundbreaking discoveries on the ancient sites of Kythera and Antikythera 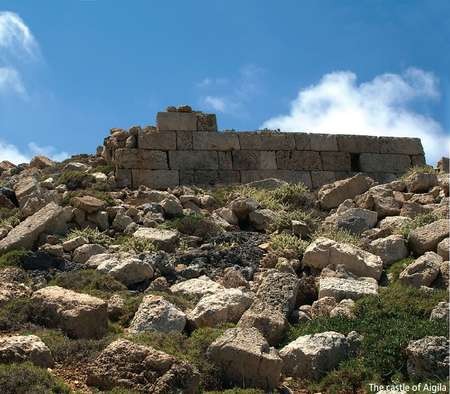 The Castle of Aigila, Antikythera


"Knowing the past, you can make better steps to the future," archaeologist Aris Tsaravopoulos tells Neos Kosmos.

This is the premise behind Mr Tsaravopoulos' continued efforts over the past 20 years, researching the history of ancient Greece in the Hellenistic and Roman periods on the archaeological sites on Kythera and Antikythera.

Now for the first time, the Kytherian Association of Australia have made it possible for the archaeologist to travel down under on a lecture tour across the nation, sharing his findings with the Greek and wider Australian community.

In Melbourne this week, he presented two lectures at La Trobe University, the first based on the discovery of new sanctuaries of Laconian (Spartan) dieties on Kythera, and their influence on the everyday and religious life of the locals.

"Kythera was until recently, known only as the island of Aphrodite, but we discovered there in these last years, five more sanctuaries, which were linked with the specific religious beliefs of Laconians [Spartans]," he said.

This was followed by a second lecture delving into the history of Antikythera, a relatively unknown island made world famous by the discovery of the first ancient shipwreck in 1900, along with the world's first computer.

The archaeologist and his team have now discovered more about the history of the island's mainland.

Mr Tsaravopoulos' interest in the region was ignited whilst working for the Ministry of Culture, when he was posted in 1994 to Kythera and Antikythera, where he would be made responsible for the research and protection of its historical past - a role he continues to hold as a great responsibility.

"We are not a scientific service in the Ministry of Culture; we are a protection and controlling service for antiquities," he tells.

"You know that Greece's identity lives in its past and so this past has to be protected because there are a lot of developers, a lot of public works going on."

Although officially retired, the 70-year-old continues to work in Antikythera, explaining that archaeology is more than science, rather it is a continual journey of discovery linked to the present.

While he continues to work on the project, he hopes to be granted permission by the ministry to extend the excavation so that he can build the profile of the island, which he says holds great potential for tourism.

"Archaeology is not a dry science as it happens to be considered - it's linked with life.

"Antikythera today is an island with only 20 people and the average age there is 60. So you understand that if we go with a group of 40 young people, that gives life to the island. I want to improve the image of the island for tourism too."

While enthusiastic for the opportunity to share his research with Australians, the audience's demographic at his lectures mid-way through the tour have left him slightly disappointed.
"I did some other lectures, and in some of them I was the youngest person - and I am 70. I want to pass the ideology of looking to the past as a point of departure for the future for the young people, because they are the future - not us," he said.

Archaeologist Aris Tsaravopoulos will deliver his final lectures on Saturday 20 June at Kythera House, Kytherian Association of Australia, 24 King Street, Rockdale, NSW at 2.30 pm, and on Monday 22 June at the Archaeological Institute of Athens, University of Sydney. To attend, contact Kathy Samios on (02) 9349 1849.