Archaeologists have discovered more than 50 artifacts hidden at the site of the ancient Greek shipwreck.

The ancient Antikythera shipwreck -- a lavish Greek vessel that sank more than 2,000 years ago off the southwestern Aegean island of the same name -- isn't finished giving up its secrets.


The shipwreck was found by Greek sponge fishermen in 1900. Over the past century, marine archaeologists have recovered marble and bronze statues and sculptures from the wreck, along with an odd clock-like device that some call the "world's oldest computer." 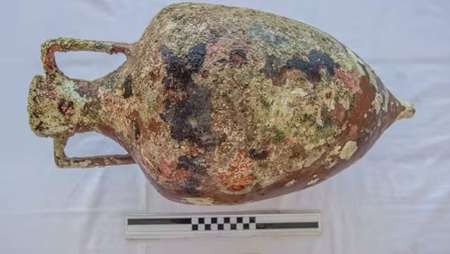 Now an international team of archaeologists has recovered even more treasures -- a trove of more than 50 items, including a bronze armrest, remains of a bone flute, fine glassware, luxury ceramics, a pawn from an ancient board game and several pieces of the ship itself.

The researchers believe the new findings offer a glimpse into the opulent lifestyles of ancient Greece's elite societies.

"These artifacts show us the life of a newly emerging elite in Greece and Rome, with enormous wealth distributed among a larger elite than ever before in history," Dr. Brendan Foley, a marine archaeologist at the Woods Hole Oceanographic Institution in Massachusetts and co-director of the research team, told The Huffington Post in an email.

"The goods on the ship came from what is now Syria and Lebanon, cities in Anatolia and Asia Minor (modern-day Turkey), and the Greek islands of Rhodes, Paros, and Delos," he continued. "The ship and its cargo represent the start of an economy based on consumption of products from a wide area, borne on sea lanes, and supported by new mechanisms of insurance and diversification of risk."

A video released Monday (above) shows the archaeologists and divers scouring the seafloor and unearthing the artifacts. Jump to 5:45 in the video for an up-close look at the items.

"We were very lucky this year, as we excavated many finds within their context, which gave us the opportunity to take full advantage of all the archaeological information they could provide," Dr. Theotokis Theodoulou, an archaeologist in the Ephorate of Underwater Antiquities of the Hellenic Ministry of Culture and Sports who participated in the research, said in a press release.

The artifacts were cleaned after being brought ashore, and the researchers have created 3D models of them. The archaeologists are also continuing to examine and analyze the artifacts to determine whether ancient DNA or remnants of food, perfumes or medicines can be identified. 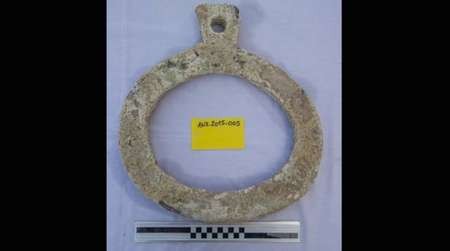 They hope to recover even more items from the shipwreck.

"This wreck constantly surprises us with the array of artifacts it holds," Foley said in the email, adding that Theodoulou has said researchers should "expect the unexpected" from the ship.

"We believe there may be as many as six more life-sized bronze statues of gods and heroes still on the wreck," Foley said. "We suspect the skeletal remains of more passengers and crew remain in the sediments. And we expect many many more luxury goods."