Professor Robert Hannah, really warming up, during his lecture

The "patrons" of www.kythera-family.net look on approvingly, on the right hand side. 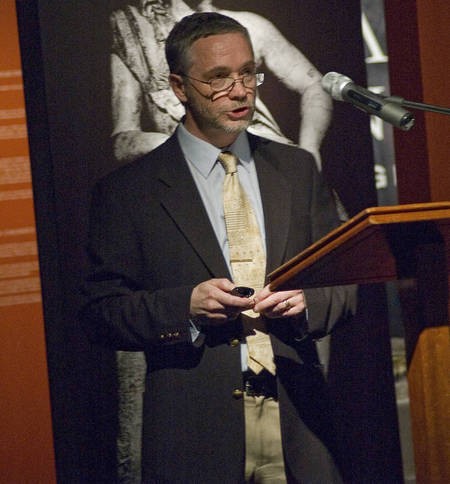 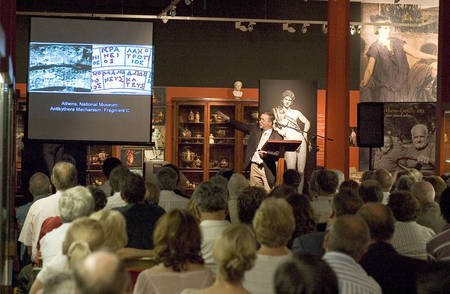