The city of Pavlopetri, underwater off the coast of southern Laconia in Greece, is about 5,000 years old, and is the oldest submerged archeological town site. It is unique in having an almost complete town plan, including streets, buildings, and tombs. It lies on the mainland, directly across the sea, from Kythera. MORE than 3500 years ago, before it disappeared under the waves, Pavlopetri was a thriving town in Greece.

It had two-storey homes, well-built streets, courtyards, tombs, and warehouses.

Today it lies beneath up to four metres of water, a fate that may have helped inspire the legend of Atlantis. 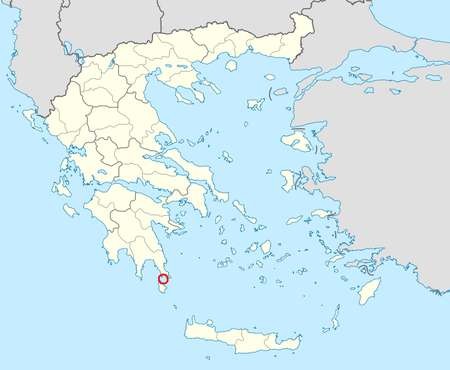 But the secrets of this lost city - the world's oldest submerged settlement - are at last being revealed with the help of ''revolutionary'' underwater imaging technology developed by Sydney scientists at the Australian Centre for Field Robotics.

To assist archaeologists excavating the ancient ruin, the team have used an autonomous underwater vehicle with stereo cameras, as well as a diver-pushed rig, to produce photo-realistic 3D recreations of the seafloor site.

Ariell Friedman, a PhD student at the University of Sydney and member of the team, said that it took a while for his eyes to make out the details when he first swam above the watery town but then the ancient streets, brickwork and shards of pottery became clear to him.

The robot vehicle was used to map the entire site during an expedition there last year.

Mr Friedman propelled the smaller rig and was responsible for its missions.

This evening, at Sydney Observatory, he will be awarded top prize in Canon Australia's inaugural Extreme Imaging competition for students making advances in imaging science.

Mr Friedman said the team's underwater photographic and mapping technology, which has been under development for the past six years, is usually used for biological, ecological or oceanographic research.

''This is the first time these methods have been applied to an archaeological problem,'' he said.

The team's images and software then allows the archaeologists to zoom in and fly over the digital reconstructions of the site as if they were still diving it.

The University of Nottingham's Jon Henderson, who is an archaeologist working on the site, said the Australian technology produces ''phenomenal'' results in both shallow and deep water.

Pavlopetri was discovered in 1967 and its layout first mapped in 1968 by archaeologists using snorkels and tape measures.