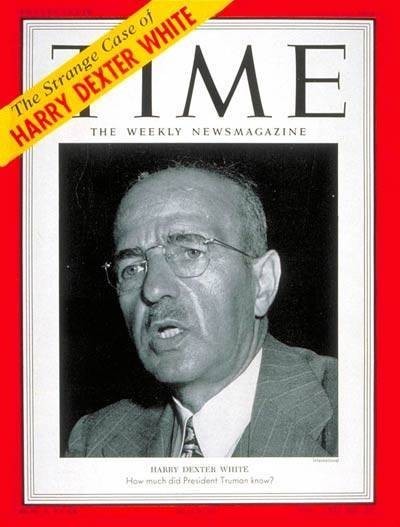 All over Britain last week, workmen were using a strange new construction material that looked amazingly like sections of a toy Erector set and worked much the same way. The material was the Dexion Slotted Angle, a slotted steel strip bent to form a right angle and designed to be bolted on to other strips ad infinitum. Ever since it went on sale five years ago, it has been used as the frame for everything from waste baskets to cradles for huge water towers. Among its most enthusiastic buyers is the U.S. Air Force, which uses it on air bases in England and North Africa in parts racks, filing cabinets, plane-boarding ramps and platforms for servicing aircraft. In Burma, native soldiers sleep on bed frames built of Dexion, and in India the government is considering using it in slum-clearance projects. Last week enough Dexion to frame 20 three-room houses and a twelve-bed hospital was en route to earthquake-stricken Greek islands to replace ruined buildings.

"Mr. Why." This great frame-up against such conventional building materials as wood and concrete is the brainchild of Demetrius Comino, a 50-year-old Greek-Australian turned Briton. Comino himself has capitalized mightily on both ingenuity and opportunity since he went to England in 1920 to study engineering. He got into the printing business, naming his company Krisson, Ltd., after the ancient Greek word for better. He soon was making it live up to the claim. While a partner ran the plant, Comino spent his time making efficiency studies and asking so many questions that employees nicknamed him "Mr. Why."

Dexion was the answer to one of Comino's questions: How can you build storage racks for paper and type that could be knocked down quickly and reused? By 1947, Comino's experiments had resulted in Dexion (the ancient Greek word for right). As a framing material for construction, Dexion is stronger for its weight than wood, can be stored in 6% of the space needed for two-by-fours, and when bolted together needs no cross beams or supports to hold large weights. Labor savings in construction run as high as 75%. Sales were soon so brisk that Comino opened a new factory in northwest London and three other shops around the city. By last year Dexion's gross had shot up to more than $2,800,000 annually.

Periodically, Comino's enthusiasm for efficiency breaks out in plantwide campaigns in which employees are asked to submit reports analyzing their jobs. Comino regarded one such report—on how to sweep the floor—as such a "masterly" study that he eventually upped its 16-year-old author from apprentice to production manager.

Houses for $850. Though Comino has continually enlarged his London plants, built a new factory in Belgium and licensed Chicago's Acme Steel Co. to manufacture Dexion in the U.S., he has never-been able to catch up with demand. It will take years to exploit Dexion's biggest market, housing. A three-room house, like the experimental models shipped to Greece, could be erected in 160 man hours by inexperienced labor, using tin roofs and asbestos-board walls on a Dexion frame. Comino believes that he could sell it profitably in England for only $850. Using such native materials as wood, adobe brick or stone in backward areas, Comino believes that it would be even cheaper.

325:John was one of the four sons of John (the "Oyster King") and Anna Komino. The four sons were; John Demetrius, Athanasios, Nikolaos and Constantine. John Demetrius was the most notable; after graduating in engineering in London in 1922 he founded the firm of Dexion-Comino International, manufacturers of structural steel components; and as Sir John Comino he was honoured by the British and Greek governments for his contributions to science and industry.