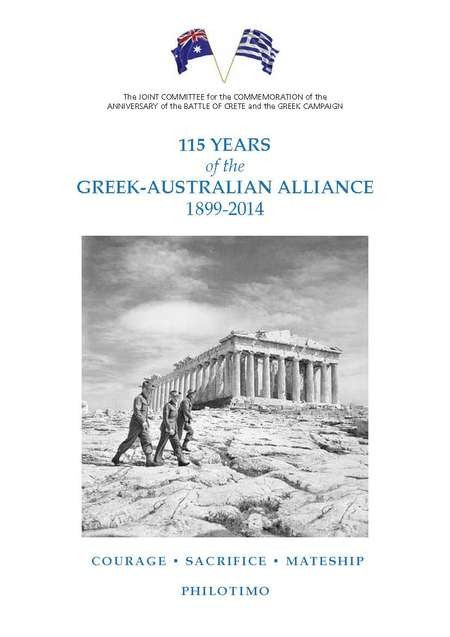 1912-1913 – Australian volunteers served in the Royal Hellenic Forces in the Balkans Wars. At the outbreak of the Second Balkan War in 1913, John Thomas Woods of the St John Ambulance volunteered for service with the Red Cross, assisting the Greek Medical Corps at Salonika, a service for which he was recognised with a Greek medal by King Constantine of Greece.

1914-1918 – Nearly 90 Greek Australians served on Gallipoli and the Western Front. Some were born in Athens, Crete, Castellorizo, Kythera, Ithaca, Peloponnesus, Samos, and Cephalonia, Lefkada and Cyprus and others in Australia. They were joined by Greek Australian nurses, most of them Australian born, including Cleopatra Johnson (Ioanou), daughter of Antoni Ioanou, gold miner of Moonan Brook, NSW. Nearly 450 Australian servicemen and nurses served on the Macedonian Front in northern Greece against a German-Bulgarian invasion. Sister Gertrude Evelyn Munro is the sole Australian nurse to perish in Macedonia. She now lies in the Mikra British Cemetery, Thessaloniki.

To read the remainder of the booklet, view / download a .pdf version here: