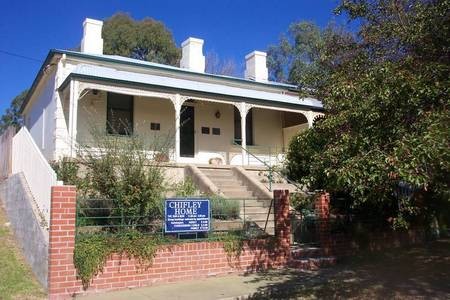 Prime Minister, J. B. (Ben) Chifley, was born and raised in Bathurst, New South Wales.
The Federal electorate which he represented included the town of Katoomba, NSW., which is reasonably close to the town of Bathurst.
This is meant to create a link to the document below, which has also been posted at History, subsection, Documents.
Clearly Chifley had frequented the Paragon Cafe, and Mr G Simos was a man well known to him. 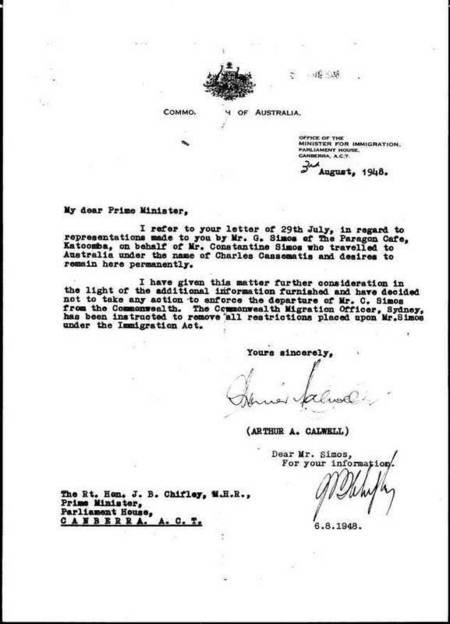 Office of the
Minister for Immigration
Parliament House
Canberra A.C.T.

I refer to your letter of 29th July, in regard to representations made to you by Mr. G. Simos of The Paragon Cafe, Katoomba, on behalf of Mr. Constantine Simos who travelled to Australia under the name of Charles Cassematis and desires to remain here permanently.

I have given this matter furher consideration in the light of the additional information furnished and have decided not to take any action to enforce the departure of Mr. C. Simos from the Commonwealth. The Commonwealth Migration Officer, Sydney, has been instructed to remove all restrictions placed upon Mr. Simons under the Immigration Act.