submitted by Kytherian Historical Record on 18.01.2013 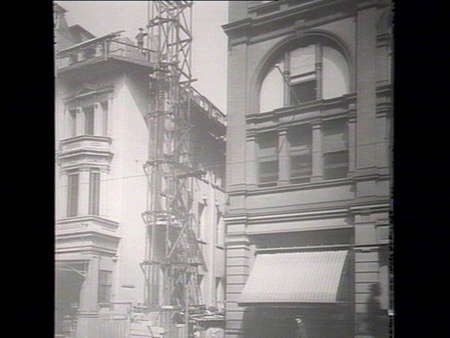 The building will be demolished to make way for a huge development project taking in Elizabeth Park and Castlereagh Streets.

Former Prime Ministers John Curtin and Ben Chifley, were among the club's patrons.

The club was a rendezvous for stage personalities including "Mo" (Roy Rene). Sporting identities, jockeys and horse trainers also fraternised at the Athenian.

Nick Laurantis and Mick Pastalis, both millionaires, were patrons and members. Recently Mr Laurantis endowed a Chair of Greek Literature to Sydney University.

One of its chefs was Bazil Georgopoulos who cooked for King George the First of Greece. The club was known as the unofficial Greek consulate. It was one of the first stopping places for Greek migrants.

Members of the bar, including the late Dr H. V. Evatt, members of the clergy and police were regular visitors.

The club was founded in 1914 by Greek migrants from Kythera, an island between the Greek mainland and Crete.

A newspaper columnist once described the Athenian as a rendezvous for gourmets from all walks of life.

Diners in evening dress sat adjacent to shift workers in common tribute to the club's cuisine.

The famous Andronicus coffee was tried and approved at the club before it was placed on the market. Mr John Andronicus, founder of the coffee firm and now 80 years old, was one of the club's oldest members.