The Greekness in Me Exhibition. Hurstville Council. History of Greek's in the Hurstville Shire Council area. St. George region, Sydney.

A man’s homeland is wherever he prospers, Aristophanes, Plutus, 388 B.C.

Greeks have a long history of travel and migration which dates back to the third century BC (Tsounis, 1971 pg 41). They have left their homeland, patridha, due to war, poverty, work and for some even love. Their Greek culture and heritage is so strong, that they have created settlements or paroikia (a place close to home) across the globe in such places as Western Europe, Africa, the Middle East and North America.

The earliest Greek migration to Australia was a part of wider migration movement by Greeks who were forced to leave due to numerous civil wars and a weak economy in the 19th century. The first Greek migrants to arrive in Australia were seven convicts in 1829. From this point on, Greeks figured amongst those that tried their luck in the gold rush in the 1850s, watched as Australia became a Federation and experienced WW1 and the Great Depression.

The largest influx of Greek migration occurred in the period post WW2. Greek immigrants were attracted to Australia by the guarantee of an assisted passage and work when they arrived. It is also during this post war period, when Greeks start to settle in the St. George region and establish themselves as committed members of thecommunity. Many Greeks established thriving businesses, played a part in local politics and helped to make St. George a place of sporting triumphs.Greeks and Greek culture have made an enormous impact upon the history of the St.George region.

To celebrate this amazing impact, the St. George Regional Museum in conjunction with Work-for-the-dole participants have developed an exhibition on Greek migration and its impact upon the region. The exhibition will incorporate oral histories, documents and objects that will demonstrate the rich and diverse history of the Greek community and how it has become a part of our local history and heritage. We encourage all members of the community to take a look at the exhibition and learn a little bit more about the rich and diverse history of the St. George Region.

My question is: I wonder how many Kytherian oral histories were recorded; and how many of those histories could find a second home at kythera-family? 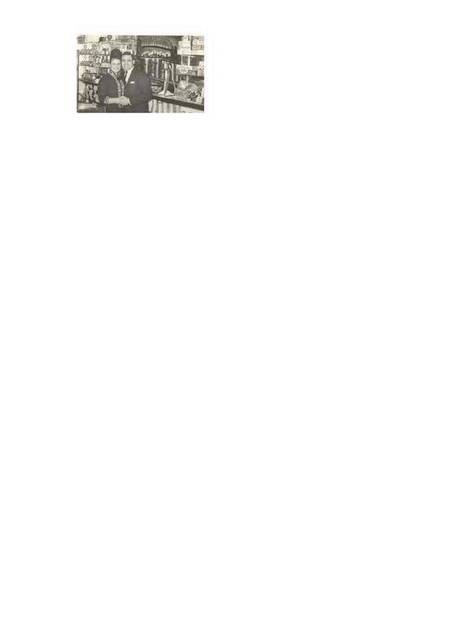