“THE LIFE AND TIMES OF TERPSICHORE BENETOS COMINOS”


“THE LIFE AND TIMES OF TERPSICHORE BENETOS COMINOS”

Terpsichore Benetos Cominos the wife of the late Benetos Victor Cominos was born in the family home, with the aid of a midwife, at the little township of Logothetianika on the Greek island of Kythera, according to her birth certificate, on Thursday the 16 day of November, 1926. However according to recent research, which verified a family story, she was in fact born twelve months earlier on the 16th day of November, 1925.

The reason for the 12 month difference was supposedly because her father was in no hurry to register her birth with the Registrar of Births Marriages and Deaths, he considered that he had more important things to do.

She was the second child born to Constantine Theodore and Polymya Sofios, her sister Anastasia born in 1923 was the first. Her sisters, Elpida (Hope) arrived in 1927 and Pagona (Peggy) in 1929 and brothers Theodorous (Theodore) in 1930 and Anargiros (Andrew) in 1933.

Her father had served in the First World War from when he was conscripted in 1913 until his discharge in 1923 following the finalisation of the hostilities between Greece and Turkey.

When Terpsichore was growing up in the 1920’s followed by the great depression of the 1930’s things were tough in Greece and in particular on the island of Kythera. At the time many of the Kytherians like their forefathers before them departed the Island in the hope of a better life for themselves and their family to such places as Canada, America, Africa and Australia.

For that very reason her paternal grandfather, Theodorous (Theodore), had spent 28 years in Abyssinia, a country we now know as Ethiopia, he was responsible for many Civil Engineering feats during that period. Grandfather Theodorous (Theodore) was a personal friend of Ethiopia’s Emperor Menelik II who reigned during the period 1889 to 1913.

Terpsichore’s father forever mindful of the need to provide for his family took on odd jobs, including carpentry, concrete work and even coffin making. Her father also co-owned and operated a small olive oil pressing mill but unfortunately one day the building caught fire which put an end to that venture.

The family like most had rural land so they also engaged in the growing of olives and other small crops. He also owned livestock so in many ways the family was reasonably self-sufficient. In those days to pull their farm implements they had to rely on donkey, mule and horse power. The primitive tractors of that era were a real luxury that was not readily available on the island. So Terpsichore and her siblings would tend the fields and do all the back breaking tasks that would normally be required with farming, including clearing land, tilling soil, weeding, and harvesting crops.

When in her mid-teens her father decided to expand his business interests by building and operating a café and coffee shop in Logothetianika, the young Terpsichore was given the job of builder’s labourer, mixing the concrete, digging the foundations and doing other menial work. She soon became the master of the work ethic that she would practice for the rest of her life.

The young Terpsichore didn’t have much time to enjoy her adolescent years for in nearby Italy the storm clouds were already gathering. On Sunday 28 October 1940, the year of her 14th Birthday, Italy’s Fascist Dictator Benito Mussolini declared war on Greece and her beloved Kythera.

As a result of Italy’s military forces being defeated time and time again by the Greeks, Hitler decided to intervene with the invasion of Greece on Palm Sunday, 6 April 1941. Terpsichore was often heard to have said that life under the German occupation was far worse than that endured during the brief Italian occupation. Times were austere so she had to scrimp and save, thus she started to recycle long before it become the trend as it is today.

The end of the Second World War left a power vacuum in Greece resulting in "the Civil War" that was fought from 1946 to 1949. The Greek Government Army backed by the United Kingdom and the United States fought the Greek Communist Party (KKE), backed by Bulgaria, Yugoslavia and Albania.

The hardships and atrocities that were experienced during the Second World War were to worsen during the Civil War. Members of the community disappeared, never to be seen again, including a number of relatives, they were executed by the communist guerrillas.

Come 1949 the opportunity had come for Terpsichore to escape the misery by coming to Australia to marry her betrothed, Benetos Victor Cominos.

Her new adventure began with the departure from her beloved island of Kythera. Her first leg of the journey consisted of the trip from Kythera to the Athens (the Capital of Greece) via the port of Piraeus, a journey that took some 12 hours by boat.

From the Athens Ellinikon International Airport she departed for Cairo. From there she was to embark on her epic journey to Australia with Qantas Empire Airways Limited on what is still known as the Kangaroo Route. In those days the journey from London to Sydney with overnight stays in Cairo, Rangoon and Singapore cost $585 first-class. In those days that was a lot of money. In Cairo she nearly missed her connection, fortunately for her the manager of the hotel where she had stay overnight was a man of the world and able to speak her language.

He took pity on her and using his own motor vehicle delivered her to the airport just in time to resume her journey to Australia. Finally on Monday 28 March 1949, after nearly a week, the Qantas Empire Airways Limited Constellation (Registration No.: VHEAC), the first aircraft of its type in the fleet landed in Darwin.

As Darwin was her first port of entry there were a number of formalities that had to be completed and then she resumed her journey to Brisbane where she met with relatives and her betrothed and his family. Her marriage took place at Brisbane’s Saint Georges Greek Orthodox Church on Wednesday, 27 April 1949 followed by a reception at the Atcherley Hotel. As can be appreciated, Australia at the time was still subject to rations and coupons were still widely in use. Her matron of honour was a person who knew how to work the system in such adverse conditions so she was able to convert coupons into a wedding dress. In 1958 the dress was recycled and used at her sister’s wedding to make dresses for the page girls.

On arriving to Emerald she became immersed in her husband’s business interests that included at the time a part ownership in the Butcher shop. Like most immigrant women during that period she had to juggle with the rearing of children, keeping house while working side by side with her husband to survive. Post war conditions in Australia were not easy especially in a small country town like Emerald. She had now become a member of an extended family and had to contend with a father in law and his siblings.

In 1954 the family built a complex of shops on the site of the former Grand Hotel site at the corner of Anakie and Clermont Streets, Emerald, where she became known for her warm simile and generosity.

Many adults today, would fondly remember when they were children, how she would stand behind the specially built counter from where she would distribute confectionery even to those who couldn’t pay. Quite often she would give fresh orange or lemon drinks to relatives to take to patients at the Emerald Hospital.

In 1957 she assisted her sister Pagona (Peggy) to migrate to Australia and then had the pleasure of organising her Rockhampton wedding in 1958.

In 1966 she and the family become members of the Emerald Chamber of Commerce.

Her husband’s business partner and uncle, Peter, passed away in 1971 and as a result she assumed many of his management roles in addition to her already existing duties.

In 1987 the time had come to retire from the family’s retailing activities. She was now able to spend more time at home especially in her beloved garden.

In 1990 the opportunity arose for Terpsichore and her husband while still enjoying good health to return to the land of their birth. They were able to spend four wonderful years with her daughter and grandchildren in Greece. They were able to visit places and to see more than they had ever envisaged. Terpsichore was able to spend time with her mother, brothers and sisters.

Four years later in 1994 Terpsichore and her husband returned to Emerald with many fond memories of their overseas experiences.

In 1995 Terpsichore and her husband Benetos donated the huge Marathon Windmill to the Emerald community. The fully functional windmill continues to stand proudly in the southern end of the town’s botanical gardens. The windmill, purchased by the family in 1921, had played a vital part in the early years of Marathon farm where it was the primary source of water for irrigating the crops. It is indeed a fitting memorial to a much loved pioneering couple who lived almost their entire lives in Emerald.

For her contribution to local business over a period of forty-eight (48) years she and her family were awarded a life membership of the Emerald Chamber of Commerce on February 13, 1997.

Sadly in July of 1997 she lost her husband but in time had the joy of seeing her three grandchildren grow into adulthood and become successful in their own right.
In 2010 she had the joy of receiving a visit from her daughter Legery and a grandson George.

Just before she passed away her first great grandchild was born.

She was the Matriarch of the Cominos’ Clan who have been a part of Emerald’s history for over 100 years and the last of the migrant pioneers who struggled against all odds in a new land without a local language and education.

She will be missed, in her own quiet ways she was the rock of the family.

Terpsichore’s family thank you for your love, prayers and support. Following the service at the Emerald cemetery they invite you to join them for refreshments at the Emerald Bowls Club.


Rest in Peace
until we meet again 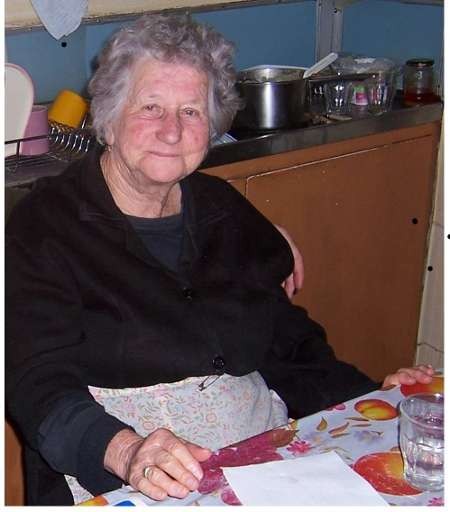 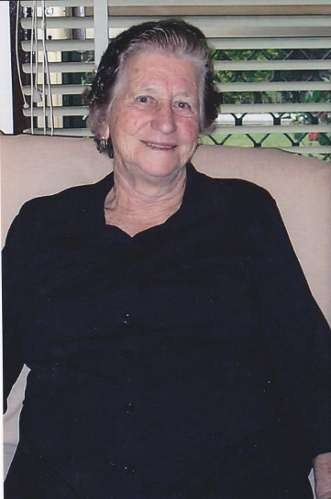