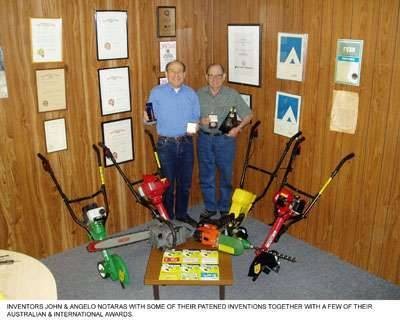 John (left) & Angelo Notaras with some of their patented inventions, together with a few of their Australian and International awards.

In 1908 Anthony (Tony) Lambrinos Notaras arrived in Australia. Originally from Frilingianika, Kythera, he later returned to the Island and in 1932 brought his wife, Ianthe (nee Megaloconomou), from the village of Potamos, to Australia to settle, and had five children; Angelo, Mitchell [See entry for Mitchell in this section, High Achievers], Irene, John and Betty.

Anthony’s eldest and youngest sons, Angelo (b.1933) and John (b.1939), both born in Grafton, NSW, have been inventors most of their lives. From humble beginnings as very young banana farmers from Woolgoolga NSW in the 1950’s, they gained a wealth of experience using the then available power equipment, which has led them to invent, design and manufacture Australian products and export them worldwide.

On the farm, Angelo and John recognised the need for a motorised misting machine to spray the bananas which was being done by hand sprayers. The misting machine was so effective that they started selling them, and in 1960 moved to Sydney. They became the distributor for Solo in Australia. Solo began producing chainsaws which the brothers also sold.

They then established a manufacturing company Atom Industries in 1963, where they designed and manufactured a chainsaw drill attachment to replace the old time consuming method of using a hand brace and bit. Drilling holes in timber now takes seconds. Often called the “borer”, the device revolutionised the speed in erecting fences and stockyards around Australia. In production for over 40 years, it is exported to many countries and is still being manufactured today. 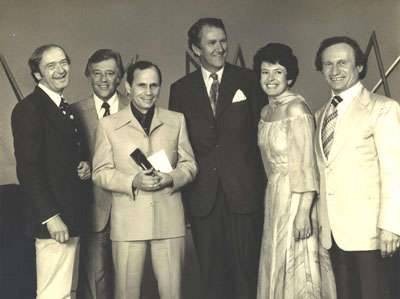 Between 1969 to 1973, the brothers designed and manufactured their own lightweight diecast magnesium 60cc and 75cc chainsaws. They invented and patented a turbo air cleaner, which has now been adopted by many quality chainsaw manufacturers (patents expired in 1986). They also incorporated their own patented Anti-Vibration handle system (using metal springs). They also devised the first “plug in” carburettor, which stopped heat transfer and thus prevented fuel vaporisation. It was the only chainsaw to be wholly manufactured in Australia. It was also the first chainsaw in the world to have electronic ignition as a standard feature.

In 1974 however, the government at the time without warning, substantially reduced tariff protection and also revalued the Australian dollar to A$1 = US$1.50, so the brothers decided to phase down the chainsaw production, as did many other manufacturers in Australia.

Atom introduced Husqvarna into Australia in 1975. With the brothers vast experience with chainsaws, many of the early features and improvements on the Husqvarna chainsaws were a direct result of Angelo and John’s advice to Husqvarna in Sweden. Husqvarna is one of the leading brands of chainsaw in the world.

In 1973, the brothers invented an electronic ignition system to replace points and condensers on small engines. In 1976 they won the ABC Inventor of the Year. Many millions of modules have been sold worldwide, including to OEM (Original Equipment Manufacturers) engine manufacturers. As a replacement part, these modules have prevented millions of perfectly good engines from being thrown away - once the points and condensers are no longer available as a spare part. 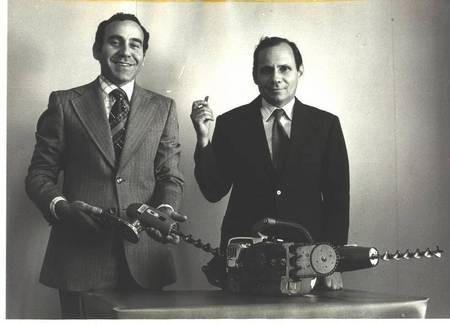 Angelo Notaras holding the ABC Invention of the Year Award in 1976 with Prime Minister Malcolm Fraser (looking away) & the judging panel.

The Notaras invention featured prominently in an exhibition at the Powerhouse Museum, Sydney, called, A Century of innovation. The best of the century.
The best of the Century! High praise, indeed.

In the early nineties, Angelo and John invented the Atom lawn edger. Living about 2 kilometres apart from each other, the brothers previously shared a 3 wheeled lawn edger. Frustrated by the lack of manoeuvrability and heavy cumbersome design, they were determined to design a compact, lightweight and manoeuvrable edger that anyone could use. Today Atom lawn edgers are the leading brand of lawn edgers in Australia. Export markets include the USA, Europe, Canada and New Zealand.

A new patented Golf Bunker Edger has since been developed for golf course greenkeepers that maintains bunkers up to eight times faster than other trimming devices. This has dramatically reduced the costs of maintaining golf course bunkers which is one of the most labour intensive and time consuming jobs for the greenkeepers.

Designing and manufacturing the edgers was a big project. The brothers built an additional factory in Fairfield, Sydney to manufacture the dies and plastic components. All the design work and toolmaking is achieved using world class Computer Aided Drafting & Computer Aided Machining (CADCAM). For the edgers to be strong and light, they are made in industrial heavy duty polyamide.

It took two years of research, development and testing before introducing the Atom lawn edger to the market in September 1995. The Atom lawn edger has over fourteen major design features not seen in lawn and garden products which make it a virtually indestructible product.

The brothers have won many international and Australian awards over the years for their products including two awards from the International Inventions Convention in Geneva, Switzerland and the OEM MIE award in the USA for the lawn edger. 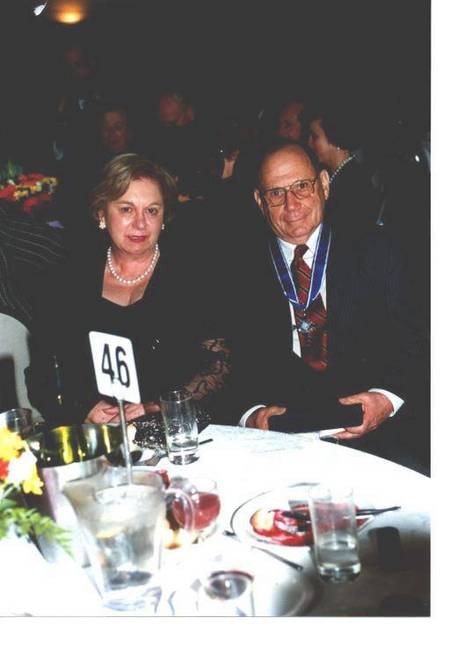 Self taught engineers, Angelo and John Notaras are quiet achievers and rank amongst Australia’s most successful inventors. There are very few people who can make a living out of inventing, designing, manufacturing and selling their products around the world. The brothers certainly have come a long way since their days as banana farmers, and continue today inventing, designing and manufacturing new versatile exciting products.

They were also instrumental in ensuring that the 1916 book, Life in Australia was republished, in both a Greek and English edition.

Angelo was also the key person to help establish and later 'drive' many of the innovative projects of the Kytherian World Heritage Fund.

They have also supported and raised money for many Greek charities over the years. Angelo and John are very proud of their Kytherian heritage, and are some of the key persons involved in the development of the kythera-family.net website.

Angelo Notaras with his wife Mary. Angelo was awarded the "Cross of St. Andrew", the Greek Orthodox Church's highest award - given for exceptional charitable work.

Angelo's wife Mary is the daughter of Vasily (Bill) Kalokerinos (Summers) of Alexandrathes (1905 - 1978) and Theodora (Glitsos) of Dokona (1910 - 1975)(see Photography Diaspora subsection Weddings & Proxinia for a photograph of the wedding of Mary's parents). Angelo has three children, Anthea, Anthony and William. John has one child Melanie, (Thea (deceased).