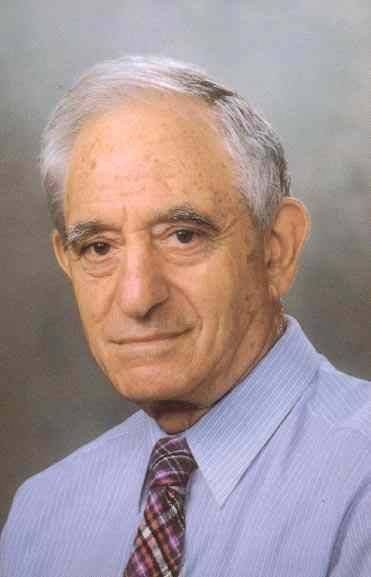 Detailed analysis of Archies' Parents and Childhood, from Medical Pioneer of the Twentieth Century

Peter Tsicalas's references to Nick Emmanuel Kalokerinos, and his first cafe in Emmaville

Archie digging out opals as a young man, 1967

Medical Pioneer of the Twentieth Century

Review of the book, Medical Pioneer of the Twentieth Century, including details about where to purchase it

Introduction to Medical Pioneer of the Twentieth Century

Involvement with indigenous Australians. From Chapter 21, Medical Pioneer of the Twentieth Century

Response to Warren and Marshall winning the Nobel prize for Medicine, 2005

Greek Australian of the CENTURY

PART OF MY LIFE AS A DOCTOR

My father was born in Kythera because over many centuries Kalokerinos men had fought bitterly against the Turks in Asia Minor, various Greek islands, and Crete, until, worn out by it all, three remotely related Kalokerinos families sought refuge in the interior of Kythera.

But the early 1900’s saw the development of a different hazard – poverty! To survive young men had to migrate, and it so happened that Australia was one of the few choices available. Some Kytherian families had already been established in Sydney. It was a convenient starting place for what was to be not just a haven and a means of earning a living. It was also the foundation of a contribution towards a country that that was growing in all directions and needed families with skills in a great variety of fields.

My mother was another refugee from poverty. Born in Potomos, Kythera, she was brought to Australia by an older brother, Jack, who ‘arranged’ a marriage with my father. The years that followed, living above the Paragon Café in the town of Glen Innes, (a pattern that became the ‘norm’ for many hundreds of Greek/Australian families) and raising four boys and one girl, were not easy. My father had one ambition and one ambition only – that his children would become doctors and be respected members of the Australian society. This was almost achieved. The boys Emmanuel, James, Leo, and myself graduated in medicine. My sister, Adriana, became a teacher.

After graduating I was appointed as the resident medical officer to the Lismore Base Hospital – 500 miles, north of Sydney. The surrounding area was ‘full’ of Greeks – mostly Kytherians. I was treated like a king – and fed like one with nothing but the best of Greek food. Then it was off to England for five years, during which time I gained the experience that changed me from a boy into a doctor in every sense of the word. I also got married. This, after five years became a disaster. Returning to Australia I agreed to work for a few weeks in the isolated ton of Collarenebri – 500 miles north-west of Sydney. It was meant to give me time to sort myself out. It did more than that. It laid the foundation for everything that mattered.

Before I left Sydney to drive to Collarenebri my mother said something that I will never forget, ‘You will be happy there because that is where you father’s countryman is’.

That ‘countryman’ happened to be Emmanuel Petrohelos. He had been my father’s next door neighbour in Kythera. A stranger or more important coincidence could not be imagined. We became life-long friends. I soon discovered that I was at home in Collarenebri in every way. Instead of returning to Sydney I became established as the local doctor. But it was not all to be a ‘party’. I was about to enter into a medical nightmare of almost destructive proportions that almost overcame me.

On the edge of the town there was an Aboriginal ‘reserve’ – with a number of Aboriginal infants. Many suffered from a series of apparently ‘minor’ infections. Then they would die suddenly in various mysterious ways. Autopsies failed to explain why. I asked other doctors if they experienced this. They all answered with an emphatic ‘No’. I sought advice from specialists, a professor of paediatrics, and state and federal departments of health. They looked at me as if I was mad! I did autopsies, sent specimens to Sydney for tests, and tried to read the medical literature – all to no avail. I was totally and absolutely isolated.

Eventually, I was to learn that the problem existed ‘everywhere’. Some strange brand of psychology prevented its recognition. The closest approach to this in recent times was the observation by two Australian doctors that a germ ‘caused’ peptic ulcers. Its existence was obvious, but it was ignored, even in a hostile manner, until persistence won the day. The result, announced a few days ago (Monday 3 Oct, 2005), was the awarding of two Nobel prizes.

Strangely, the answer to the infant deaths was already available to me, but its significance had escaped me. During my early investigations I had observed that infants who died had passed through a phase of apparently’ minor’ infections. Then they would suffer from another ‘minor’ infection and die. Routinely, I supplemented all infants with oral doses of Vitamin C, so I thought that Vitamin C deficiency was excluded as a ‘cause’. This corresponded with the arrival in the Base Hospital of Tamworth, 250 miles away, of a bright young physician named Douglas Harbison. In desperation I decided to send him an Aboriginal boy who was going through the stage of multiple ‘minor’ infections, for an opinion.

Douglas saw, on the boy’s skin some very fine haemorrhagic spots. Only one thing, according to what Douglas knew, could do that, and it was scurvy. So in went an injection of Vitamin C. The boy recovered quickly and a few days later sent back to Collarenebri.

Now I had a problem because I had been supplementing that boy with more that the recommended daily allowances of Vitamin C for months. So, how could that be scurvy? ‘Everyone’ knew that just a few milligrams of Vitamin C, taken orally, would prevent scurvy. It seemed that Dr Harbison, despite his brilliance, had made a mistake. So I ignored the issue – but only partially so. I was disturbed and curious because when the boy arrived home he ‘looked’ better and looked different. The question was why? I could not answer that. From time to time I would go to sleep wondering about it. And it bothered me.

About this stage I had noticed that a few infants presented with obvious liver pain and liver tenderness. They died quickly and autopsies showed strange patches in the liver tissues. Specimens sent to Sydney were reported as ‘normal’. This I refused to accept. Then I was told that the patches were due to post-mortem changers.

To prove this was not so I commenced an autopsy within five minutes of death. That I will never forget. Only minutes before the boy had been looking at me and talking to me. Now he was dead. But I had to know.

The liver changes were there!

Emmanuel had a son named Bill. He was good worker, and very talented, except in one field – going to school. His father, after trying to interest him in several ways finally decided to send him to the nearby opal field of Lightning Ridge where, if one was lucky, a fortune could be made. It was there that Bill met a very young northern Greek by the name of Peter Christianos who informed him that his father, George, had found three million pounds worth of opal in Coober Pedy - which was in the center of Australia. When I heard about this I was, at first sceptical, But it was true.

Not long afterwards Peter returned to Coober Pedy with some of his brothers and Bill. What they found was a treasure of amazing quality and proportions. Bill received a small share of this.

At this stage I was totally disillusioned with medical practice. And the lure of instant riches was tempting. Early in 1965 Bill and I teamed up with a Kytherian, Jack Cassimatis, and two non-Kytherian Greeks and became opal miners in Coober Pedy.

For a while all went well. We even found opal, and it was beautiful. Then my world fell apart.

Violence was something that I thought my family had left behind many generations before I was born, But this was not so. There was a terrible fight – wild-west style. With six fractured ribs and a ruptured kidney I was certainly a sight to behold. Disillusioned and bitter I drove out into the desert one night – where there was nothing – not even a road – until I was forced to stop and sleep. When I awoke it was daylight. By coincidence (or was it guidance?) I was near a camp of semi-tribal Aborigines. For the first time in my life I was able to talk to such people and gain an insight to their problems. One elderly woman was particularly impressive. When I asked her about infant deaths she said something like, ‘We do not know why our children get sick and die. Before the white men came they never died’.

That night I slept under the stars. Those who have never experienced a central Australian night cannot appreciate what a wonder this is. It is as close to God as any living person can get. And it made my tormented brain work. . I recalled what the Aboriginal woman had said, and what Dr Harbison had observed. There was one possibility – when the kids get sick they need more Vitamin C than normal. When they get sick they need blood levels of Vitamin C that can only be achieved by administering Vitamin C by injection. I had not seen any literature suggesting that this could be so. It was just an idea.

The idea saturated me. It had to be right. Unknown to me, there were doctors working in other parts of the world who had observed something similar.

So, it was back to Collarenebri and back to the practice of medicine.

What happened is now history. There were no more strange infant deaths. No longer would I be haunted by the wailing of women in the camp. There would no longer be a need for so many tiny little coffins – just a need to learn more and know more, and teach more.

Now I know why the liver changes referred to earlier are there. And I know how to prevent them. I know a great deal that was hidden to me when I first went into practice. And I am a much better doctor. But I am sadder too, because most of my colleagues will not listen.