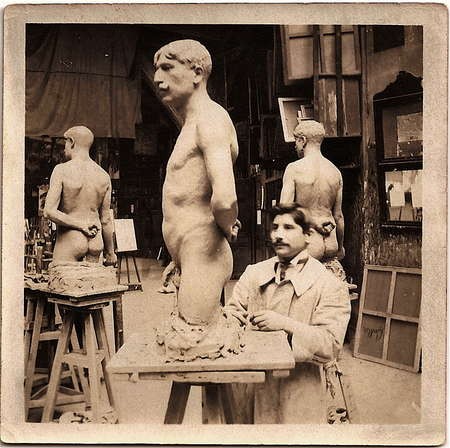 Cavacos took this advise, and he made such rapid progress as a student of Ephraim Keyser, that in 1911 he was awarded the Rinehart Scholarship, which enabled him to go to the Beaux Arts School in Paris. 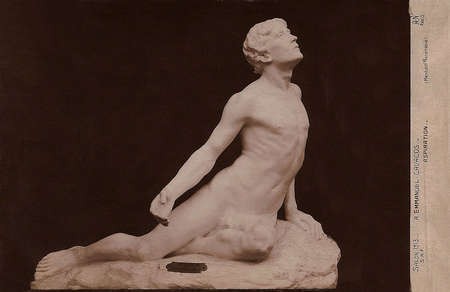 Emmanuel Cavacos and his Paris friends. Cavacos is seated at center and holding a white hat Paris August 22 1912

In Paris he was known as Emmanuel Andre, Andre being the French version of his middle name, Andrew. 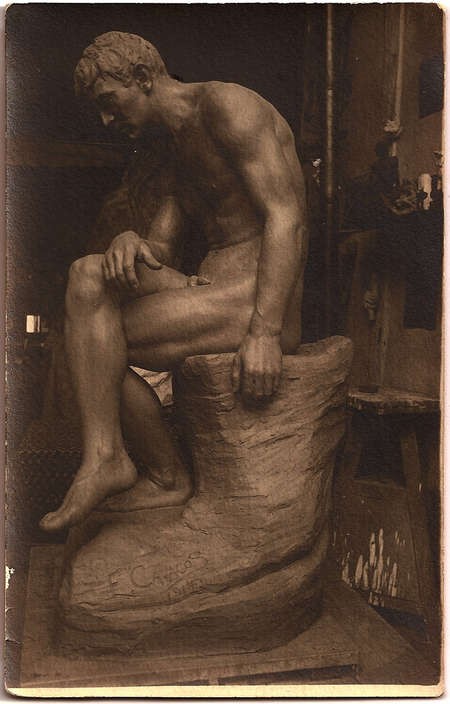 In 1913, one of his works, Aspiration received an Honorable Mention at the Salon des Artistes Francais. 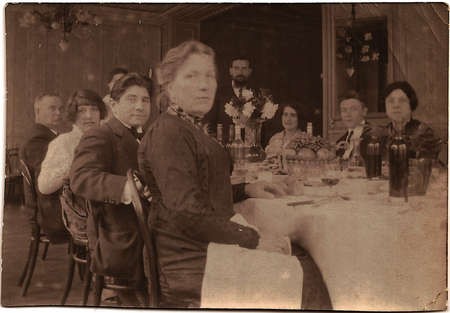 The next year his Thinker attracted great attention at the Paris Salon. The first of this “Thinkers” is housed at the Enoch Pratt Free Library, and the second at the Peabody Institute in Baltimore. 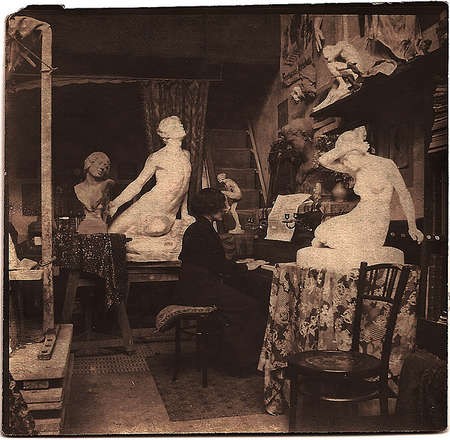 Second photograph of the wedding party 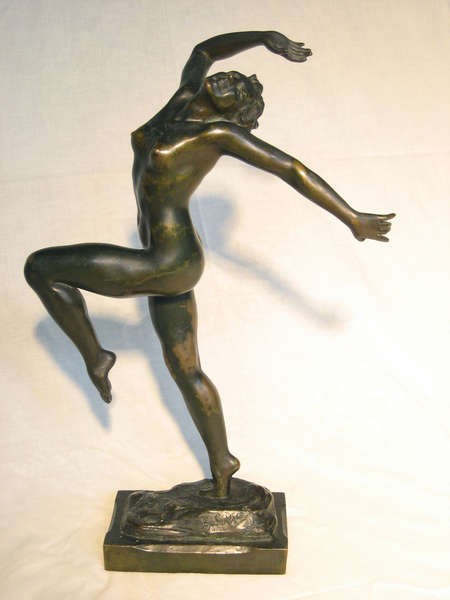 Pauline was a professional pianist. She practiced her art in the studio where Emmanuel executed his sculptures.

His work made him a well known figure in the art colony of Paris, and he was commissioned to do the portraits of a number of notable citizens, including Mlle. Mistinguett, a prominent actress; Bucot, and Marcelle Ragnon. In 1925 he received a silver medal for a fountain at the International Exhibition of Decorative Arts in Paris. As a tribute to his ability, in 1927, the French Government bestowed upon him the decoration, Officier de l’Acadamie.
In subsequent years he exhibited annually in the Salon, and also at the Salon des Humoristes de Paris, where his dancing figures were highly praised. 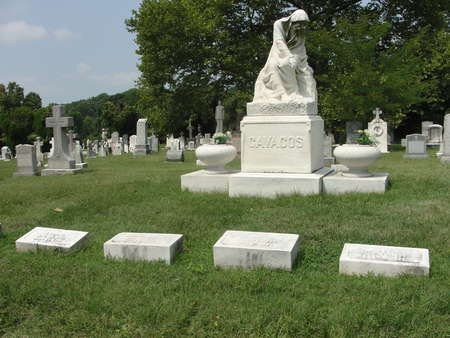 His work is in a number of important collections, including that of Queen Marie of Rumania, who purchased one of his marble figures, Grief.

In 1930 Cavacos returned to the United States for the first time in eighteen years. His work was exhibited at the Baltimore Museum of Art in March of that year. His work was also shown in New York, at the Mitch Galleries,108 West 57th Street, and later in the year at Homeland. A group of 17 of his sculptures were also placed on display in the National Sculpture Society Exhibition in San Francisco. In May, 1930, he and his wife returned to Paris.

Catalogue of the Baltimore Exhibition

Catalogue of the New York Exhibition

Biographical sketch in the Exhibition Programme 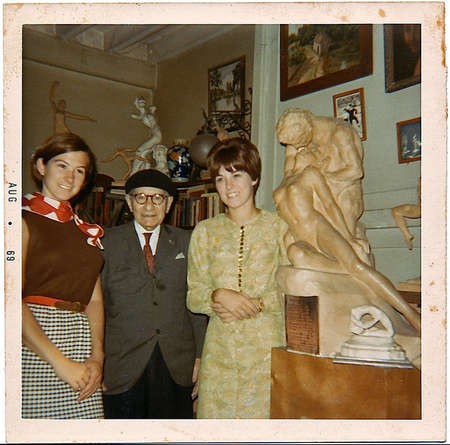 Cavacos monument viewed from behind 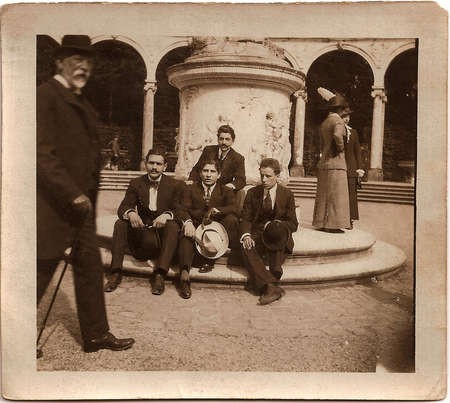 Emmanuel Cavacos with grandaughters of his Baltimore friend Charles Fitzpatrick

Cavacos, during the same visit, standing in front of a recumbent Aphrodite