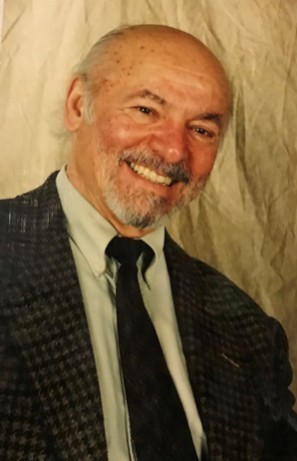 Prof. Vasilis P. Leftheris passed away on November 28, 2021 at the age of 91 from complications due to the COVID virus.

Prof. Leftheris was born on May 11, 1930 in Kythira, Greece. At a young age, he showed an aptitude for mathematics and physics, graduating 3rd in his high school graduating class.

With the help and understanding of his father, a seaman with the Greek Merchant Marines, Vasilis emigrated to Montreal Canada where he worked and attended McGill University. He obtained his undergraduate degree in mechanical engineering.

While at McGill, he met his wife, Isobel while working at the Niagra Falls hydroelectric plant.

After finishing McGill, Basil married Isobel and obtained a scholarship to study thermodynamics and engineering of internal combustion engines at the University of Birmingham in the UK. After he obtained his advanced degree, he returned to Petersboro Canada where he began his engineering career working on atomic energy projects for General Electric.

As part of the US effort to advance space programs, Vasilis was recruited by Republic Aviation on Long Island, NY to work on protecting satellites from micrometeorites. During that time, Vasilis obtained a second Master’s degree in civil engineering from Brooklyn Polytechnic University (now part of NYU). After this project concluded, he was recruited by Grumman Aerospace Corp to work on the Lunar Module project in conjunction with NASA. Following the success of the Apollo program, he worked on fighter plane technology where he invented a new device for riveting the wings of high-speed aircraft to prevent wing failure due to microcracks. This was the subject of a PhD thesis Dr. Leftheris earned from Princeton University. There are over 23 patents covering the invention of the Stress Wave Riveter mechanism. A form of this device is used to assemble most high speed military aircraft today.

Soon after, Dr. Leftheris was asked to work on the US government sponsored TOKMAK project at the Princeton Plasma Physics Lab (PPL). He oversaw the diagnostic engineering team.  This was part of the effort to design a containment device to harness the energy released from hydrogen fusion. Today, there is an international team in France (International Energy Thermonuclear Reactor (IETR)) continuing this effort.

Dr. Leftheris retired from PPPL and moved back to Greece in 1989 to take a faculty position at the Technical University of Crete. There, he taught earthquake engineering and built a laboratory focused on material testing. After 12 years as a professor, he finally retired to the Island of Kythira.