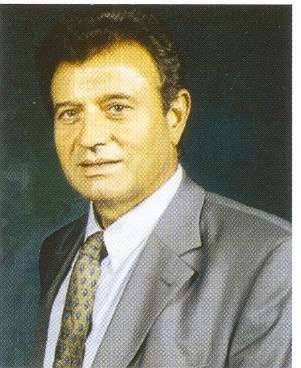 George N. Leontsinis is currently Professor of Modern Greek History and Teaching of History at the University of Athens, Greece.

He graduated from the School of Philosophy of the University of Athens (Department of History and Archaeology, and Department of Classics).

He completed his Ph.D. in England at the University of East Anglia, School of European History, with a grant from the Greek State Scholarship Foundation “IKY”.

He engaged in postdoctoral research (1987-1988) at the University of London, Holloway and Bedford New College, Department of History, as a Visiting Scholar.

From 1982 to 1995 he was School Inspector in Secondary Education for the philological and historical lessons.

He was Assistant Professor in the Faculty of History at the Ionian University in Corfu during the academic years 1985/86–1989/90 where he taught courses in ‘Western European Sovereignties in Greece’.

In 1989 he was appointed Assistant Professor in the Faculty of Primary Education (Department of Humanities) at the University of Athens, where he taught courses on ‘Modern Greek History’ and on ‘History and its Teaching’.

In 1992 he was promoted to Associate Professor of Modern Greek History in the same Faculty.

He is a Vice-President of the General Assembly of the Department of Selective Management of Human Resources and Administration of the University of Athens where he teaches also the course ‘Modern Greek and European History’.

In the Marasleion Academy attached to the Faculty of Primary Education of the University of Athens, he also teaches the courses ‘History and its Teaching’, ‘Practical Exercises of Teaching of History’ and ‘Modern Greek and European History’.

He has been Director of the 3rd Athens Regional Centre of Further Education from 1996 to 2003.

In 1999 he was elected Councilor at the Municipality of Kythera, which was established based on Kapodistrias’ Bill for the reform of the Local Government, and was responsible for educational and cultural matters concerning Kytherian Diaspora. He has been re-elected in 2002 and holds the same responsibilities.

He organized several Greek and International Conferences in Kythera:

1. “The Agricultural Development and the Environmental Education” (17/6/2000)

He has published books and articles and has taken part in conferences and seminars both at home and abroad. His doctoral dissertation was entitled The Island of Kythera: A Social History, 1700-1863, published by the ‘Saripolos Library Publications’ of the University of Athens (1987, reprinted 2000).

He is also the author of

(5) History, the Environment and their Teaching (Athens 1999)

(7) Experimental Programme for the Teaching of Local History in Primary Education (Ministry of National Education, Institute of Education, Athens 2000)

(8) Theoretical and Methodological Questions of the Teaching of History and the Environment (Athens 2003).

He also edited with A. Glycofrydi-Leontsini the 5 volumes Proceedings of the First International Conference “Kythera: Myth and Reality”, published by the Open University of the Municipality of Kythera (2003).

His book “The Ecclesiastical Situation and Parish Clergy of Kythera” is going to be published this year, (2005).

In the year 2004 he received the Aroney’ s award from Athens University for his book Theoretical and Methodological Questions of the Teaching of History and the Environment (Athens 2003).