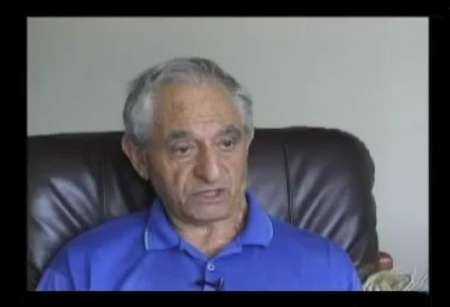 He was named the Greek Australian of the Century but to the people of Collarenebri, Dr Archie Kalokerinos was so much more, with his ground-breaking research saving the lives of hundreds of Aboriginal children.

The esteemed doctor’s death in Sydney, on March 1, at the age of 84, has closed a chapter on an amazing story of a medical pioneer whose work was scorned and rejected by his peers.

The son of hardworking Greek immigrants from Kythera, Nicholas and Mary Kalokerinos, Archivides Kalokerinos was born on September 28, 1927, at Glen Innes where his parents ran the Paragon Cafe.

Nicholas Kalokerinos was driven by one ambition during his life in Australia – with an enormous passion he wanted his children to live a better life than the one he was forced to live and, particularly, he wanted them to be respected in society.
All this had to be done by hard and honest work. The boys Emmanuel, James, Leo and Archie graduated in medicine, while the only girl, Adriana, became a teacher.

After graduating from the University of Sydney, in 1951, Archie Kalokerinos was appointed resident medical officer at Lismore Base Hospital, where the surrounding area was ‘full’ of Greeks – mostly Kytherians.

After that he went to England for five years, during which time he said he “gained the experience that changed him from a boy into a doctor in every sense of the world”.

Returning to Australia, he agreed to work for a few weeks in the isolated town of Collarenebri – 500 miles north-west of Sydney.

“It was meant to give me time to sort myself out – it did more than that – it laid the foundation for everything that mattered,” he wrote in his kythera-family.net memoirs.

“I soon discovered that I was at home in Collarenebri in every way – instead of returning to Sydney I became established as the local doctor but it was not all to be a ‘party’.

“I was about to enter into a medical nightmare of almost destructive proportions that almost overcame me.” On the edge of the town there was an Aboriginal ‘reserve’ – with a number of Aboriginal infants.

Dr Kalokerinos became very concerned about the high mortality rate of Aboriginal children. Many suffered from a series of apparently ‘minor’ infections and then they would die suddenly in various mysterious ways. Autopsies failed to explain why and Dr Kalokerinos sought advice from specialists, a professor of paediatrics, and state and federal departments of health.

Dr Kalokerinos went on to treat many of these children for the symptoms of scurvy and discovered that their health improved – in many cases they were saved from death by ntravenous injections of large doses of Vitamin C.

Dr Kalokerinos recorded his findings in a book, Every Second Child, which referred to the high mortality rate in Aboriginal children.

The doctor moved to Coober Pedy in 1965 and wrote two books about opal mining. In the 1970s he worked closely with Professor Fred Hollows, who taught him opthamology.

From 1976 to 1987, Dr Archie worked with the Aboriginal Medical Service and he worked as a GP in Bingara for 10 years after moving to the North West town in 1982.

He retired from full-time practice in 1993, and apart from performing occasional ‘locums’ in Tamworth, he spent most of the latter part of his life doing private research.

He moved from Tamworth to Cooranbong on the Central Coast, and then to Bondi Junction in Sydney, where he battled Alzheimer’s Disease for the last two years of his life.

Dr Kalokerinos was a Life Fellow of the Royal Society for the Promotion of Health, a Fellow of the International Academy of Preventive Medicine, a Fellow of the Australasian College of Biomedical Scientists, Fellow of the Hong Kong Medical Technology Association, and a Member of the New York Academy of Sciences. He was presented with The Australian Medal of Merit for Outstanding Scientific Research.

The service of thanksgiving took place at St Michael’s Anglican Church, Vaucluse, on Wednesday, March 7. The late Dr Archie Kalokerinos is survived by his wife Catherine and his children Ann, Helen and Peter and a grandson Oscar.

Dr Archie Kalokerinos, the son of hardworking Greek immigrants, who made a difference to the lives of Aboriginal children and their families.