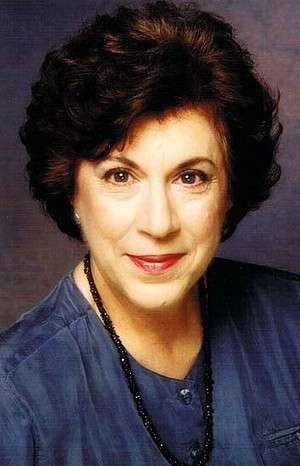 Tess Mallos earned her place on the bookshelves of a generation of home cooks. Just a few years before her death, the food writer admitted she wasn't sure how many of her cookbooks had sold. When pressed, she nonchalantly estimated a worldwide figure about 1½ million to 2 million.

It was a mark of the woman. She wasn't overly obsessed by the exact total, nor did she brag about it. Mallos was more interested in the impact her books had. As the offspring of Greek immigrants, teaching many Australians how to cook ''foreign'' food, she could have held herself up as the poster child of immigration.

Instead, she deflected her importance by pointing out how wonderful it was that Australians were travelling in the 1960s and '70s, opening their minds to new cuisines and packing woks in their return luggage.

Mallos earned an enviable reputation with her cookbooks but, in truth, her work as a pioneering food broadcaster and slavish food historian - pushing everything from the origins of okra to the correct spelling of ''fillo'' pastry - speak more of a wider contribution to the local food industry.

Anastasia Calopades was born on January 25, 1933, in Casino, NSW, to parents from Kythera in Greece. Anastasia didn't roll easily off Australian tongues so, like so many things in her life, she learnt to adapt. Before long it became Ann Tess, later just Tess.

She wanted to study pharmacy but her father didn't believe in higher education for women so when she moved to Sydney, it was to work as a secretary. Mallos didn't grumble about lost opportunity but her intellectual curiosity never left her. Her children recall arriving home as young adults to find their mum "fag in one hand, pen in the other, and a bottomless pot of tea brewing" as she would settle in to discuss the world's problems until the early hours.


She met John Mallos in the unlikely setting of a kitchen tea. They married in 1955 and had three children. They relocated to Delegate, in NSW's southern tablelands, where they ran the Delegate Cafe for five years.

Mallos had grown up at the apron strings of her mother, absorbing the exotica of a family vegetable patch with unlikely stars of their time such as zucchini flowers and eggplant. She also picked up a lot from the home cooks throughout Delegate.

Her ability to morph her acquired knowledge into a practical application showed on her return to Sydney in 1961. Her sister, Ellen, was working in advertising on a pitch for the Rice Marketing Board account. Tess appeared on camera for the project, a role she would later perform with regular cooking segments on Good Morning Australia and other shows.

In the 1960s and '70s her work as a freelance food consultant was flourishing but she still had to convince publishers that Australians were ready for her Greek Cookbook (1976), which went on to notch up 13 editions. It was The Complete Middle East Cookbook (1979), however, that would become her opus. More than 45 editions of the book have been published; it sold all over the world, has been translated into German and Arabic, and is still in print today. Mallos estimated sales of 650,000 for the book.

With 16 cookbooks to her name, when Mallos was inducted into the(Sydney)magazine Food Hall of Fame in 2009, it was at a stage of life when most would be winding down. But she had found a new love: the food of Morocco, which she had turned into a book the year before.

Even as she battled cancer this year, Mallos found time to edit and revise the recipes for The Complete Middle East Cookbook, with a new edition due this Christmas.

Mallos's steel as a food figure, magazine and newspaper columnist and enthusiastic public speaker illustrated yet another side to her cheeky, youthful personality: an unrelenting work ethic.