submitted by Kytherian Newsletter Sydney on 15.04.2006

Peter Prineas presents Bob Carr with a gift of his book Wild Places. 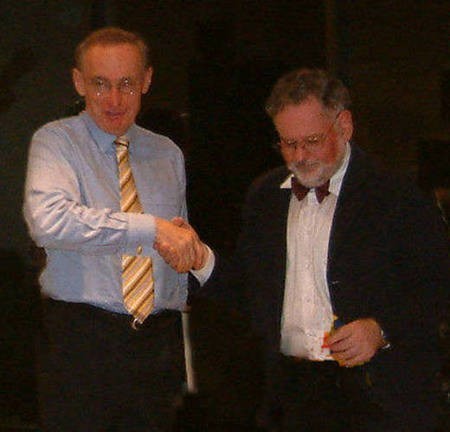 [Bob Carr has always been passionate about the natural environment, and is also an avid bushwalker.]

"... without a doubt the best overview ever produced on the wilderness areas of eastern New South Wales. This book inspired me and my family to venture off the beaten trails ... to see for ourselves the astonishing vistas it describes with such authority and affection".

- Allen Farrelly, editorial executive News Limited and former editor of The Australian.
"Not just the best book about wilderness in New South Wales - it is essential reading for anyone interested in wilderness in Australia".

"A very readable and informative statement on wilderness and the authoritative work of its kind on the shrinking wilderness of New South Wales. This book will appeal to those committed to the cause of wilderness conservation and to those wishing to discover more of the surprisingly little-known wild places in this more densely populated part of Australia".