Photos > Diaspora Social Life > The library of Damian N Andronicus. Still large, despite significant donations to the Library on Kythera

The library of Damian N Andronicus. Still large, despite significant donations to the Library on Kythera 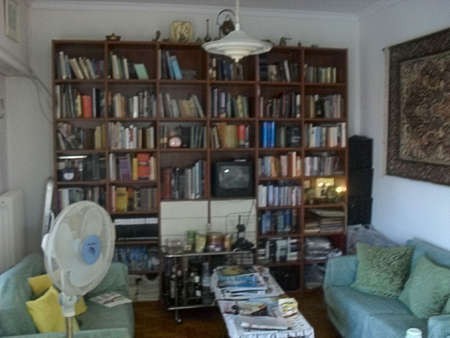 It so happens that Damian is the only person photographed and featured in the book Life in Australia, who is still alive. He is …the last man standing. He is now 95 years of age.

Speaking of libraries, Damian is a well read man, and has always maintained an extensive library, as you can see from the photograph that heads this article. Recently he decided to pack up and send to the Mayor of Kythera, a large number the more valuable works from his library, to form part of the collection of the new Municipal Library on the island. He has maintained enough of his Library in Palio Psihiko, to keep him in reading material.