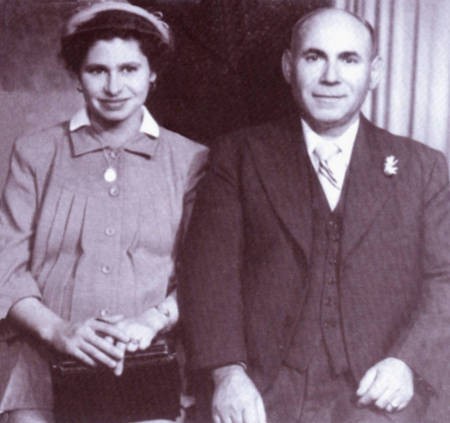 Chapter5, Aphrodite and the Mixed Grill.

Kytherian-born, George Kentrotis, left Fratsia in 1925, when he was 21. He returned from Australia at the age of 53 to find a wife. Vasiliki was a beautiful 25-year-old from Fratsia. She had an aunt who used to tell people’s fortunes by tipping the dregs of their coffee cups out onto a saucer. Vasi recalls that when she was a teenager, her aunt ‘read’ her cup and told her that she would one day marry an old man and travel far across the water. Her aunt was right. George and Vasi were married in Greece on the 13th of October, 1957, and she sailed with him for Australia.

Vasi remembers everyone’s surprise at her agreeing to marry such ‘an old man’. So why did young women like Vasi leave their families, their country, their language, and their culture to travel to the other side of the world and marry old’ men they had never met? The answer lies in a lesser-known aspect of chain migration, the upside of the Australian Greek café phenomenon, which is dealt with at length in Chapter Twelve. Because so many men had migrated to Australia or America, there was a devastating lack of men in Kytherian villages like Fratsia. Even if men were available, there was no one to provide the bride’s dowry. According to several respondents, Greek sons were responsible for setting their sisters up in houses as a kind of dowry before they themselves could marry — the groom simply arrived with a suitcase and moved in. Villages depleted of both sons and prospective grooms therefore left a generation of women who faced the prospect of never marrying or having families. Kythera, the birthplace of the goddess of love, had become a place of abandoned houses and childless women. Vasi says she was very happy to marry George because he was rich by Kytherian standards; she would have her own house and be able to help her family.
Like many Greek women her age, Vasi had little schooling. She was only eight when WWII began and she did not go to school from then on because the teachers were in the army and the schools were closed. In days filled with bombing and other dangers, Vasi’s job was looking after elderly people, sometimes hiding them in the woods from German soldiers. The pounding of distant guns was sometimes heard on Kythera as the Germans bombed passing ships. The people were very poor. They waited. Eventually shoes and clothing and huge tins of jam washed toward the shores of Kythera and the people would scoop them out of the sea. One day they noticed increased activity around the docks. The Germans were leaving. The next day Australian and English troops parachuted onto the island and all of Kythera celebrated. After the war, however, many people left because they could not face the prospect of being invaded again. Vasi never learned to read or write, but when her three children were old enough to go to school, she acquired enough English to handle money and serve in the Regal Café with George. Unfortunately, after the business closed down, she had little contact with people and lost much of her English. George died when Vasi was only 49, which exacerbated her language difficulties, as does the fact that some of her grandchildren speak no Greek.

During the time that Vasi and George had the Regal, Vasi’s work did not end at the door of the café. She kept a large ‘chook house’ in the backyard of their inner-city home and killed and dressed 15 chickens at a time for the café, where they were served with roast vegetables. Fortunately, George’s bride was also a keen cook, because some weekends George would invite 30 people home for a meal. The row of tables would stretch from the enclosed rear verandah outside Vasi’s kitchen, through the archway, across the dining room and into the sitting room to end near the front door of their old Queenslander. As one Ipswich resident recalls: “Georgie was a kind little man — always nice to people and nice to kids.” He was a great host and Vasi is a great cook. Vasi also remembers making wine from the grapes they grew in the backyard of their home by treading them in a vat underneath the house. Her backyard is still a patchwork of well-tended vegetable beds that produce spinach and tomatoes for her table, although the drought has reduced their capacity. Her lemon tree is indispensable, but the olive tree near the fence still refuses to bear any fruit.

TO ORDER a copy of Aphrodite and the Mixed Grill:


Composite Front-Back Cover as a .pdf