Kytherian Australians from the surrounding district 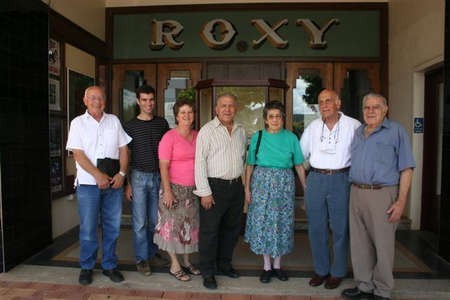 A number of Greek-Australians (and Kytherian-Australians) attended a "tour" of the Roxy Theatre, and a luncheon, on the weekend of 13th & 14th March.

They included, photo from left - right:

Peter Gianneas owned the Black and Green Bar, and then Pete's Place, Inverell.

They were all stunned by the monetary investment expended on the Roxy Theatre, by the beauty of the building, by the "reverence" that many residents of the town have for the Theatre, and the Greek-Australian heritage preserved there. They were also deeply appreciative of Sandy McNaughtons hospitality.

Con Fardouly was moved to write a letter of appreciation