The open air atmosphere of the Roxy Ball celebrations on April 5th, 2014 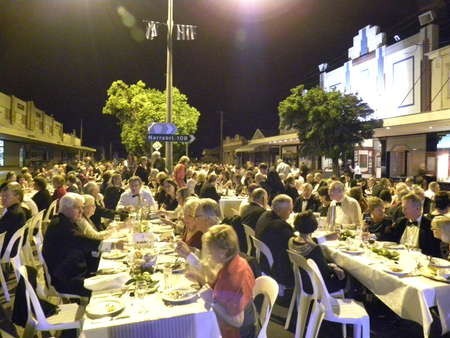 was superb. The street was closed off, and more than 320 people sat down to dine, wine, and dance. As NSW Arts and Tourism Minister George Souris said, “We could be in a village in Kythera right now, in the open.”