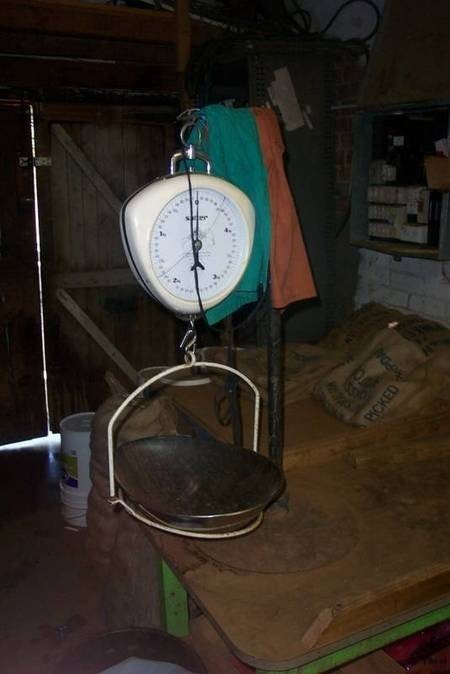 In another entry about the Monterey Cafe in Gilgandra, I revealed that "...I was born in Gilgandra, in 1952, and left after completing my schooling in 1969.

5 families - the Pentes, Sklavos, Kelly ((Yiannakellis), Psaltis (Protopsaltis), and Poulos (Tzortzopoulos) - lived in close proximity to each other - culturally, residentially, and commercially.

During the middle of the year 2004, I took my father, now 88 years old, on a nostalgia tour, back to Gilgandra, and through other towns in the Central and North West of New South Wales.

Not a single person of Kytherian origin now lives in Gilgandra. And only one family of Greek origin lives there.

I found of course, all the buildings, where the Kytherians had conducted their businesses; but all of these - with the exception of the Gilgandra Fruit Shop (my father's old shop), had substantially changed their usage.

My father, Con George (Tzortzo)Poulos began business in this premises in the 1960's. He had originally operated a fruit shop business in a premises across the road.

When we visited we found the premises - and in some cases even the cool rooms and the fittings, little changed. When the Poulos's left Gilgandra the business was sold by Con to his brother-in-law Harry Logus (Logithetis), married to Voula Belos Coroneos, my mothers younger sister. They in turn sold it before they too left the town in the 1980's.

The scale in this photograph hung for two decades in the front of the store. I can recall placing many kilograms of fruit and vegetables onto this scale to be weighed.

Where these scales were hung in the original Gilgandra Fruit Shop

It pleased my father immeasurably to see "his" business still in operation, at much the same level as he left it.