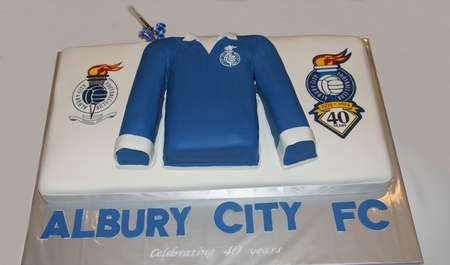 The club shirt and the club emblem were designed by my nephew Val Semos. It depicts the Olympic torch (something that will live forever) and obviously the name of the club. ".

So on the 14th of February 1974 , Albury City Soccer Club was formed. On the 14th of February 2014 a formal night was organised by the committee, and being the first President of the Club, I was invited to attend. I went and I was amazed at what the Club achieved during those last 40 years".