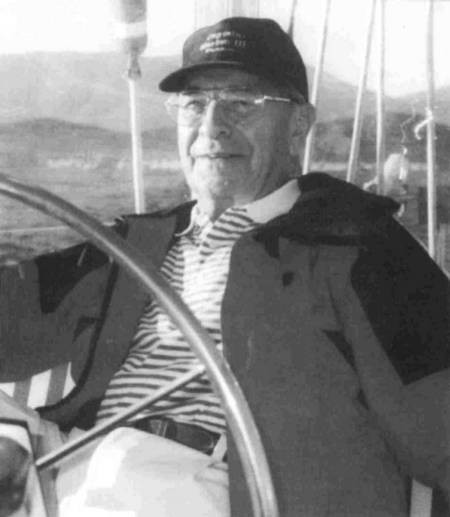 I laid claim in the previous entry to Stephen Girdis, because he was half-Kytherian - through his mother Effie Christian(os). Nick is Stephens uncle.

In his case I am laying claim to him on the basis of marriage. I believe that Nick is married to Kytherian, Marina Londy(?).

As noted in Basil "Bill" Psaltis's entry, it was Nick Girdis, who introduced "Bill" to sailing.

Nick Girdis, CBE has been inducted in the Roll of Distinction category.

Nick Girdis was born in Brisbane and has been involved in yachting since 1948, racing many classes of yachts in Australia, and overseas. He served as Commodore of the Royal Queensland Yacht Squadron between 1979 and 1981, and represented Australia in two Sardinia Cups, in 1976 and 1980.

During his long career, Girdis has achieved the following: