Spyro Calocerinos with two players that I signed for the club 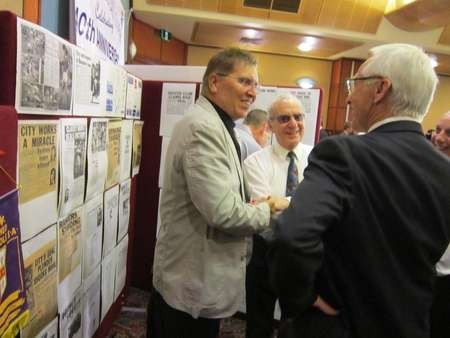 They made a huge difference to our performance, as they had both played in England.

So on the 14th of February 1974 , Albury City Soccer Club was formed. On the 14th of February 2014 a formal night was organised by the committee,and being the first President of the Club, I was invited to attend. I went and I was amazed at what the Club achieved during those last 40 years".