submitted by Kytherian Biographies Project on 18.12.2011 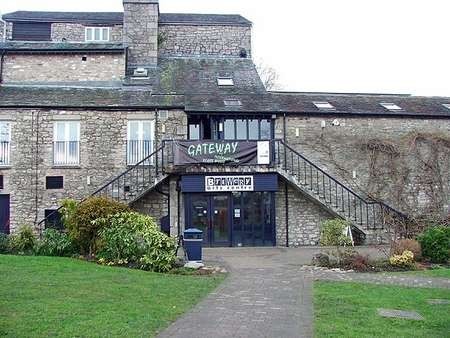 On Sunday 20th November 2011, Crossing the Ditch won the Grand Prize at the prestigious Kendal Mountain Film Festival. Kendal is loctaed in England.

The Brewery Arts Centre in Kendal is a multi-purpose arts complex presenting a year round programme of theatre, music, films, lectures and exhibitions, together with a range of amateur participatory activities including art and craft workshops, Cumbria Youth Theatre, and classes.

As well as holding superb music and theatre from across the globe, the centre also hosts an array of great festivals throughout the year, such as the Kendal Mountain Film Festival, as well as the annual Gateway - international roots music festival, and the NEW Women's Arts International Festival - described by the Guardian newspaper as 'The Mother of All Festivals', and many many more.

Well over 300,000 people walk through the door of the 9th Best Attraction in the UK, each year, the Brewery Arts Centre is now a top place on the UK cultural map!

Kendal's Brewery Arts Centre, is the main venue for the Kendal Mountain Festival More than 7,500 people are estimated to have attended the festival over the November weekend to watch films ranging from high-level mountaineering epics, to behind-the-scenes looks at the production of nature documentaries in high environments, as well as listen to a host of speakers. Now in its 12th year, the festival featured 61 films totaling 150 hours, covering a wide range of outdoor and adventure subjects including climbing, mountaineering, mountain biking, kayaking, culture and exploration. Cas (James Castrission’s “nick name is Cas), and Jonesy’s efforts to be awarded the Grand Prize against such illustrious competition is extraordinary.
The DVD Crossing the Ditch can be purchased on the website: http://www.crossingtheditch.com.au/

Cas is currently engaged in his most difficult adventure yet. You can read all about it at Cas ands Jonesy’s website: http://casandjonesy.com.au/
In 100 years of polar exploration no-one has EVER walked from the edge of Antarctica to the South Pole and back again without assistance. Many have tried, none have succeeded.