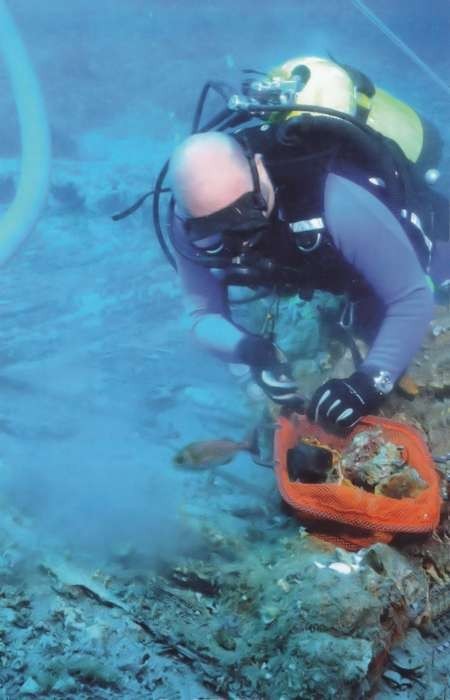 Photograph: Scraping the bottom divers worked collecting artifacts which they hope will shed more light on the ship and its voyage.