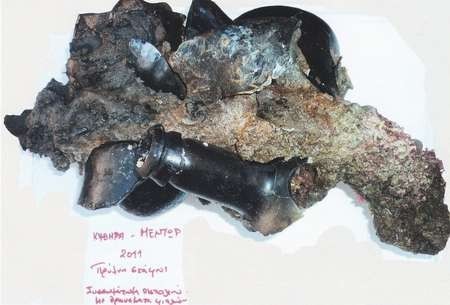 Photograph - Shot in the dark: two pistols, one encrusted with fragments of wine bottles, were among recovered items.