submitted by Kytherian Historical Record on 10.11.2009 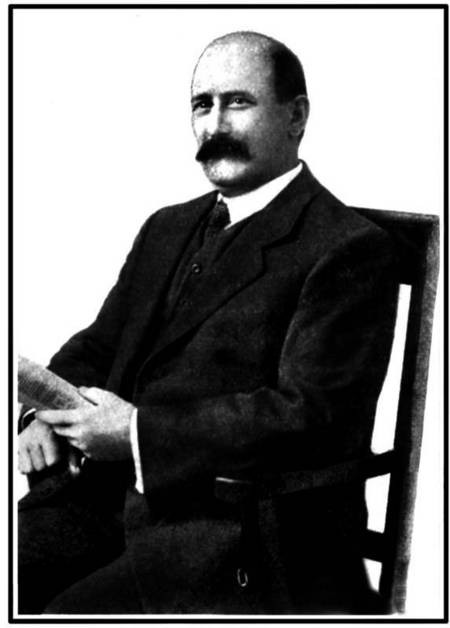 The publication of Life in Australia (2009 edition), has sparked interest in the first Greek Consul to Australia. (See Consul photographs on pages 81 & 82 pf the book.

Anthony John Jereos Lucas (Lekatsas) (1862-1946) was in influential Greek Australian businessman noted for his philanthropic activities and construction of numerous public and private buildings in Melbourne, Australia. Ultimately, Anthony Lucas became the Greek Consul General to Australia in 1921 and Consul in Melbourne in 1931-46.

Born Antonios Ioannis Gerasimos Lekatsas on October 18, 1862, the second child of Ioannis Lekatsas (a priest) and his wife Magdalene Palmos.

Migrating just before his younger brother Marino Lucas (Marinos Lekatsas) from their hometown of Exoghi (Exogi) on the Greek island of Ithaca in 1886, the young man quickly began to build his fortune.

In 1894 Lucas opened the Town Hall Café in Swanston Street, the main thoroughfare of Melbourne. Often employing Greek staff and spanning two floors, the cafe serviced over five hundred diners at any one time.

Initially residing on the top floor of the cafe, Lucas purchased the Toorak mansion Whernside in 1918. This property was subsequently owned by Jewish immigrant and business tycoon Solomon Lew [9]. In 1928 Lucas moved to the large property Yamala on the Mornington Peninsula. Here he retained the services of noted American architect Walter Burley Griffin to redesign the house and gardens.[1]

Lucas subsequently opened two more restaurants, the Paris Café, in Collins Street and the Vienna Café, (which later became the Café Australia on the site of what is now the Hotel Australia in Collins Street). These ventures prospered under Lucas' keen entrepreneurial skills.[2] Again for these projects, AJ Lucas utilised the services of Walter Burley Griffin.[3]

With reference to the journal The 200 years History of Australian Cooking, Tess Mallos claims that Lucas also ran an open-air restaurant in the public gardens of the inner Melbourne suburb of Kew. [10]

An even grander collaboration with the architect was the construction, in a partnership with the Phillips brothers, of the Capitol Theater in Melbourne. Housed within the ten-storey office building Capitol House the theatre was opened on 7 November 1924 and both are now registered with the Australian Heritage Commission, the National Trust and Heritage Victoria.

The 1916 Life In Australia publication by John Comino had a significant section devoted to AJ Lucas, some of which follows:

24 years have flowed (since his arrival in Australia) and, properly used by a great, capable and audacious man, such as Mr. Antonios Lekatsas is, have resulted in the acquisition of substantial wealth. Three splendid, smart and exquisite buildings, of a commercial nature and part of the property owned by him, together with another building of twelve storeys, the tallest in Australia, standing by Sydney Central Railway Station and bearing the name “Australian Buildings”, sing the praises of the splendid abilities of Mr. Antonios Lekatsas, who is the richest of the Greeks settled in the State of Victoria.[7]

He was also opposed to the thinking of Archbishop Knitis and Consul-General Chrysanthopoulos in the Greek Church dispute of the 1920s. [8] During the 1920s, genocidal massacres following the dissolution of the Ottoman Empire saw millions of people displaced from what is now Turkey. Thousands of Orthodox fled to Australia during this period. In July 1924, the Greek Orthodox Metropolitan Christoforos Archbishop Knitis of Australia and New Zealand arrived but by 1929 he had been deposed and was exiled to Samos.

Lucas' opposition to Knitis created a degree of conflict with Andreas Papadopoulos, author of the International Directory: O Diethnis Emporikos Odigos, a huge publication of over 600 pages published in 1927 by International Publishers of Adelaide. The compilation of this journal was primarily instigated and financed by Georgios Nikolaidis, who was also the founder of a short-lived Greek newspaper Okeanis in Adelaide and by G. Hetrelezis. Papadopolous had married Angeliki Papadopoulou, also from Ithaca and a niece and god-daughter of Anthony Lucas.

At the height of World War II, Lucas organized a programme whereby Melbourne's Greeks donated a day's pay to the Greek war effort. On May 1, 1941 an Italian annexation of Ithaca had begun and by late September 1943, the subsequent German occupation commenced, although this lasted just over one year.

Lucas was also an avid supporter of the Lord Mayor's Hospital Appeal.

He personally donated £10,000 to a fund which he organized for Greek and British child war-victims and in 1939 was awarded the Golden Cross of Taxiarchon, an order initiated by Greece's King George I. In October 1944 a special service to commemorate his birthday and the coincident liberation of Athens was conducted in the Greek Orthodox Church in Victoria Parade.[6]

[10] Greek cuisine. History of the influence on Australian cooking

From Wikipedia, the free encyclopedia