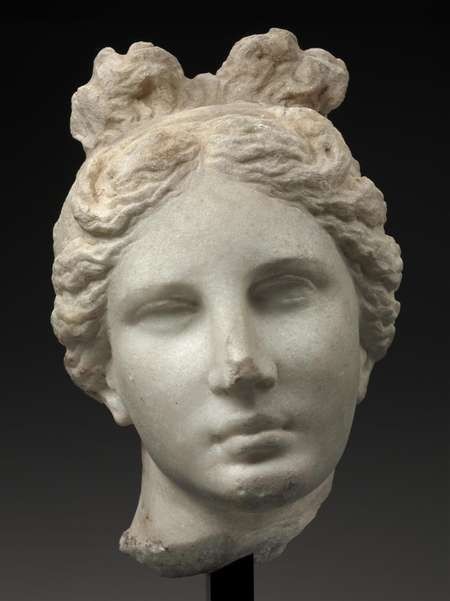 Other sculptures and paintings:

Statuette of Aphrodite emerging from the sea,Greek or Roman, Eastern Mediterranean, Hellenistic or Imperial Period, first century BC or first century AD.

Venus, of Greek mythology, is known as the goddess of love and beauty. The Roman name "Venus" is an especially familiar name to us in the modern world, both as the planet Venus—the morning and the evening star—and as a term describing beautiful women.

Originally, Venus was worshipped as the goddess of love and beauty by the ancient Greeks and Romans. At the same time, her figure was repeatedly used as the model for paintings, sculptures and artifacts as the quintessential symbol of love and beauty, serving as the motivating force behind the creation of art masterpieces. Even after the Renaissance period and to this very day, Venus continues to be a source of inspiration for art. Love and beauty, with which this goddess is entrusted, are both indispensable to our lives, and this explains why her presence has never ceased to captivate us throughout the ages. In this exhibition, 135 pieces of art from ancient times to the present, owned by the Museum of Fine Arts Boston, Massachusetts, will take the viewers on a 5,000 year odyssey through the myths and religious faiths venerating Venus, thus revealing the true image of this goddess.